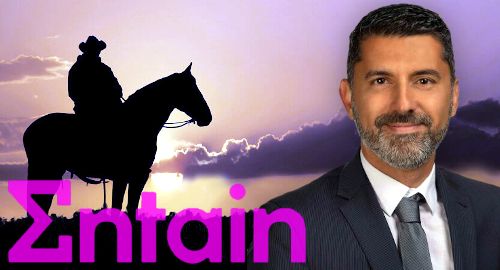 UK-listed gambling operator Entain plc is losing its CEO after less than six months amidst a takeover attempt by its US joint venture partner.

On Monday, Entain (until recently known as GVC Holdings) announced that Shay Segev had submitted notice of his intention to step down from his role as company CEO to take a co-CEO position with sports streaming platform DAZN. Segev has committed to staying on as Entain CEO for the six months required under his contract’s notice period or until his successor can be selected, the process of which is said to be “well under way.”

Entain chair Barry Gibson expressed disappointment at Segev’s decision to exit, while noting that Entain recognized that it “cannot match the rewards that he has been promised.” DAZN began life as a subsidiary of sports media firm Perform Group and has since gone on to launch streaming services in numerous markets, including the US.

Segev only took over as Entain CEO following last July’s abrupt departure of Kenny Alexander, who’d led the company for 13 years. Alexander’s departure came less than a week before the UK taxman announced it was widening its probe into GVC’s former Turkey-facing online gambling operations for still unexplained reasons.

Segev sought to bolster investor confidence in August by fully exercising options to purchase up to £2m in GVC shares. That move stood in stark contrast to Alexander, who was heavily criticized for selling the bulk of his shares in March 2019, a move that resulted in a sharp decline in GVC’s share price.

Gibson also claimed that Segev’s exit “changes nothing” regarding MGM Resorts’ efforts to acquire Entain. MGM’s original bid was rejected by Entain’s board as insufficiently large, but MGM indicated last Friday that it was prepared to add a $1b cash component to its original offer after a pledge by MGM shareholder Barry Diller.

Segev echoed Entain’s claim that MGM’s takeover bid had “absolutely no bearing” on his decision to leave Entain, and he fully supported the Entain board’s decision to reject MGM’s initial offer. Investors, who pushed Entain’s share price down 2.5% on Monday, may find Segev’s claims tough to swallow, as the timing hints at some internal conflict.

Then again, Segev is not just leaving Entain but also the gambling industry, which could suggest a lack of faith regarding regulatory shakeups in a number of key markets, particularly the UK, from which Entain’s Coral and Ladbrokes brands derive nearly all their revenue. Entain has also pledged to exit some highly profitable grey-/black-markets, which will put further downward pressure on Entain’s future performance.