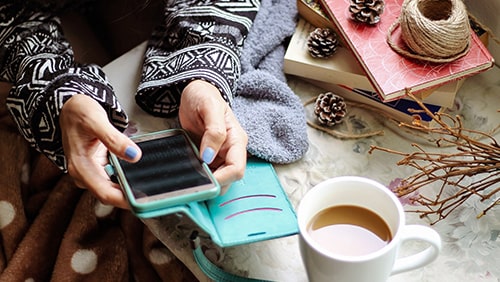 As time goes on, the world is increasingly having its conversations online. Gambling conferences have gone digital, Presidents prefer Twitter over interviews, and family members share big news on Facebook and Instagram, rather than the hand written letters of yester-year. It’s important then that we re-learn the skills that kept us civil, and not further deepen divides that are already being created by our little digital bubbles.

To help that effort, we’ve gathered a few tips to follow so that you can keep friends and stay close with loved ones online.

Although it can be a bit annoying at times that social media has fractured itself, there’s some convenience in having different social media platforms for different purposes. LinkedIn for work, Facebook for family, Instagram for friends, and Twitter for the rest? That’s one way to do it. If you are a social media power user and have multiple platforms, you probably don’t have the same audience on all of them. Use that to your advantage, and only post what your audience would expect in each place. Family photos on FB, you’re most controversial opinions on Twitter and you should be fine.

The online world has seemingly gotten more political. Maybe that was going to happen eventually, but it forgets an age-old piece of wise advice: Don’t talk about religion, politics or money. We’re pretty good at the first and last part, but a lot of people want you to know now if they are a proud conservative or a fierce liberal. And the plain fact is, it mostly doesn’t matter. Your connections with family and friends are most likely to be about shared experiences, cultural touch points, and if everybody saw the latest episode of whatever’s hot on HBO right now. Stick to the tried and true.

Remember the person, drop the strawman

When real conversation starts though, it’s very easy to fall in the trap of treating someone you admire and love with the same contempt that you would if they were just another random Twitter bot, and it goes both ways. Don’t fall into that trap, and start with your shared experience before focusing on what divides you.

For example, I was watching an old episode of Star Trek: The Next Generation, and Captain Picard had to reunite two long lost, warring tribes from the same species. During a pause for a drink, the two sides despair they will never agree on anything, and Picard declares “You’re wrong… we’ve agreed to have some brandy together.”

Focus on what unites you first, and leave the battles for those who get paid for it.

Be positive as much as possible

There’s a good reason Facebook only had ‘likes’ for so long, and Twitter still only has the heart. The platforms are trying to push positivity on us all. While that creates an unintended social media arms race for some, the intent is good.

If crazy Aunt Edna is posting non-stop about how 5G is making her birds gay, she’s probably bored, lonely and scared. That doesn’t mean you should shun her digitally until she smartens up, it means you should show her warmth and connection. Pull the old boomer trick and start posting positive responses in her comments, even if its about something completely unrelated. “Heard cousin Tommy got a new haircut! He must be looking slick!” Maybe not the best example, but anything is better than letting her keep focusing on the conspiracy theories, because…

We might all have a little bit of fun when a celebrity does something gross and we can declare them cancelled, but that doesn’t work with family and friends. If someone starts going off the deep end, that means you may personally be losing a connection that was once important in your life. Don’t curse them out, don’t ignore them, and don’t let them continue down that path. Keep working on the ties that bind you, and make the online world a better place for all those you love.