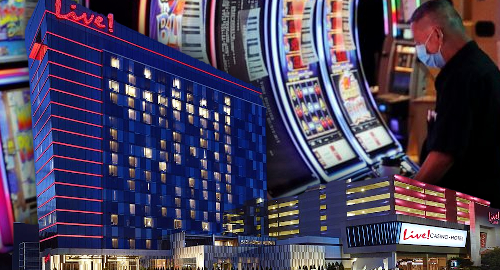 The declines are nonetheless impressive given the casinos continue to operate at only 50% of their normal capacity due to COVID-19 restrictions. Furthermore, four casinos reported positive year-on-year growth, although that didn’t include the market leader, MGM National Harbor, which dipped 5.5% year-on-year to $56.5m.

One of the more interesting aspects of the US casino market’s post-shutdown rebirth is the number of operators who’ve reported significant rises in profits despite minimal (or even negative) revenue growth. The profit gains have been attributed in part due to the casinos declining to reopen some loss-leading amenities that were once considered essential to generating customer traffic.

Profits also got a boost from the casinos adding sports betting to their product mix, and last week saw Maryland voters approve their state joining the legal sports betting party. It may take a while for legislators to craft the necessary framework, but Maryland casinos will only be too eager for another amenity to ensure customers can scratch all their gambling itches without leaving the state.

While they’ve managed to brush off any lingering impact from their COVID-19 shutdown this spring, one Ohio racino – JACK Thistledown – is bracing for further disruption after animal rights group People for the Ethical Treatment of Animals (PETA) acquired shares in the venue’s parent company Penn National Gaming, as well as the real estate investment trust that owns the land on which the track sits.

PETA reportedly plans to push the Thistledown track – one of six racing venues in which the group has taken an ownership stake – to make “simple changes that will make a world of difference for vulnerable horses,” including an end to whipping, banning trainers who’ve been sanctioned for doping and switching to synthetic tracks that have been shown to lead to fewer animal deaths.