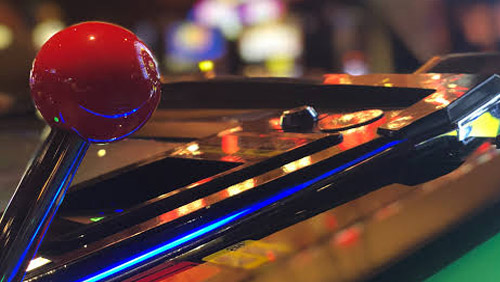 Somebody somewhere put the brakes on Maryland’s casino activity last month. Perhaps the crabbing proved to be a little too enticing and gamblers spent more time out on the water trapping claws. No matter the reason, the state’s casino scene dropped by 8.9% compared to the same month last year, with gross gaming revenue (GGR) coming in at just $143.89 million across six licensed venues.

MGM National Harbor stood out as the property with the largest decline. Its GGR fell 18.5% as it took in $59.86 million, $13.5 million lower than what was seen a year ago. Horseshoe Baltimore didn’t do much better, watching its revenue slip 9.1% on $19.1 million. Live! Casino, on the other hand, saw an improvement as its GGR climbed slightly by 1.3% to reach $47.6 million.

Since the beginning of the year, Maryland has had four months of fallen GGR, including last month. October had the biggest decline out of the four, and the overall 2019 picture shows a total drop of 0.8% with $589.7 million as the take.

The casinos are diligently handing over a cut to the state, and the money has already been spent. The bulk of gambling tax revenue, around 30%, goes to the Maryland Education Trust Fund, which saw $542.7 million added during the most recent fiscal year.

Lawmakers in the state are now hoping to use those funds to help cover the cost of renovating schools or building new ones. There is an ambitious $2.2-billion plan in place to update the education system, using $125 million from the METF over the next 30 years to repay state-issued bonds.

Adrienne Jones, Maryland’s House Speaker, wants the plan to be implemented as soon as possible. She explains, “Every second we delay funding that will modernize school buildings, we deny our students an opportunity for a brighter future. If we achieve nothing else as a General Assembly this term, we will uphold our commitment to making our schools the best in the nation.”

“This term” doesn’t mean right now. More correctly, Jones should have specified “in the upcoming term.” The General Assembly won’t be back in session until January 8 of next year.

MGM National Harbor opened a little less than three years ago and, at the time, put a lot of strain on the existing gambling facilities. It had a $1.4-billion price tag and no expense was spared as MGM looked to offer the best casino venue in the area. Regional casinos paid the price at the time, but then put plans into action to upgrade their own properties, and those efforts are apparently paying off, based on the results posted by Live! compared to MGM.