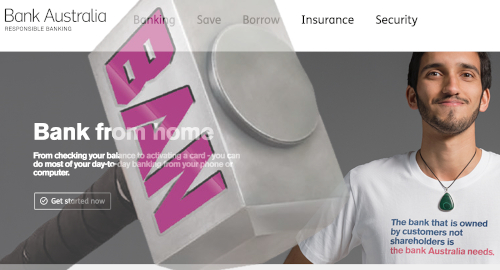 Australia’s gamblers will need to find other funding sources after a local bank became the latest to ban credit card transactions for gambling purposes.

Bank Australia, a Kew-based amalgamation of dozens of local credit unions, recently informed its customers that it would block “all gambling and gaming transactions” on its credit cards effective December 1.

Bank Australia previously included gambling in its list of sectors to which wouldn’t lend cash as part of its responsible gambling policies. The other forbidden sectors include tobacco, fossil fuels, weapon makers and live animal exports.

The bank claimed this shunning of “casinos, online gambling operators or businesses that derive revenue directly from poker machines or sports betting” was supported by 87% of its customers.

The company said it respects its customers’ “freedom” to gamble, but crafted its policy because the more funding gambling operators receive from banks, “the more prevalent and accessible they become.” Depriving them of funding offers the chance to “limit the growth of these companies” as well as the potential for problem gambling.

Bank Australia isn’t the first Aussie financial institution to impose banking restrictions on gamblers. Last year, Macquarie announced it would prohibit customers from using its cards for gambling or lottery purchases, while other banks — including Bank of Melbourne, Commonwealth Bank and Westpac — opted for customer-specific transaction blocking options rather than an outright ban.

Last December, the National Australian Bank (NAB) became the first to allow customers to block gambling transactions via its iOS banking app. The NAB added Android functionality this February and said last month that the anti-gambling feature had been activated on over 50k debit and credit cards.

Last December, the Australian Banking Association (ABA) launched a public consultation to determine “the role of banks in addressing” problem gambling rates. The ABA has yet to release the results of this consultation but, given the current media environment, it’s hard not to imagine public reaction mirroring this anti-gambling narrative.

Numerous UK financial firms, including Barclays, Lloyds, HSBC, Monzo and Starling Bank, have introduced the ability to limit gambling activity via its products. Last month, Barclays announced plans to toughen its restrictions by requiring a 72-hour ‘time out’ for customers who request the lifting of their self-imposed gambling blocks.