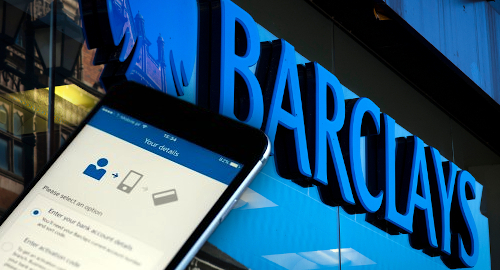 UK bankers Barclays will force customers to wait 72 hours before reactivating their card for gambling purposes, while Australia has undergone a serious surge in card-blocking sign-ups during the pandemic.

Two years ago, Barclays became the first major UK bank to allow mobile banking customers to ‘switch off’ debit card spending on a variety of activities, including gambling (be it casinos, betting shops, online gambling, racetracks, even lotteries).

On Thursday, PA Media reported that Barclays customers who switched off gambling spending would now need to wait 72 hours before being allowed to ‘undo’ their original decision. This cooling-off feature will be added to the mobile app’s functionality in a few weeks.

Barclays managing director Sian McIntyre said the new feature was the result of feedback from customers who wanted something that offered “a real pause for thought and help when they are tempted to return to gambling.”

Barclays was beaten to the card-blocking punch by mobile bankers Monzo, which introduced a similar gambling exclusion scheme about six months before its big brothers. Starling Bank, Lloyd and HSBC all eventually followed suit.

The GambleAware charity released a study this summer into the effectiveness of these card-blocking schemes that suggested introducing more ‘friction’ into the process of lifting blocking orders. The study suggested a time-release lock of at least 48 hours as well as requiring human interaction to lift the restraints.

Barclays said its customers had switched off gambling access over 570k times since the feature was introduced in December 2018. Of these, 187k instances occurred since the UK went under its COVID-19 lockdown.

An even more dramatic surge was recorded by a similar scheme in Australia. National Australia Bank (NAB) introduced its own gambling-blocking capability last December and exec Rachel Slade said last week that the restriction had since been activated on over 50k credit and debit cards.

The NAB initially introduced the blocking on its iOS app and around 10k Apple users switched off gambling payments by February. That month saw the functionality added to the NAB’s Android app, so either the pandemic convinced a flood of Aussies to sign up or there’s just that many more Android phones down under.

Should customers decide to reverse the gambling block, the NAB app imposes a “delayed reactivation of 48 hours” to give gamblers time in which to reassess the wisdom of their decision.