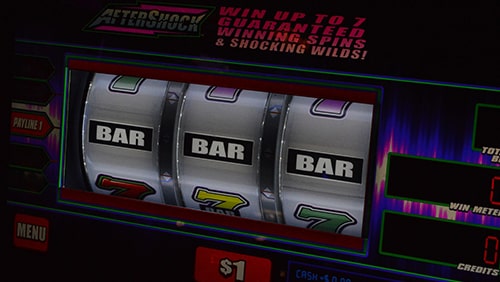 According to USA TODAY, the best casino in the U.S. – outside Las Vegas – is located on the Eastern Seaboard of the country. The media outlet compiles a list each year of the top casino resorts across the U.S., calling upon gaming industry experts to weigh in on the subject. Of all the casinos in the country, one located in Connecticut was the hands-down winner, according to the panelists. The Foxwoods Resort Casino took top billing in USA TODAY’s 10Best casinos outside Las Vegas list this year.

Of the top ten casinos, five are owned and operated by native Indians, including Foxwoods. It is one of two tribal casinos in the state and is run by the Mashantucket Pequot Tribal Nation. The casino regularly scores high on the 10Best list, while the other tribal casino in Connecticut, Mohegan Sun, also consistently receives attention, as well. This year, it garnered the tenth spot on the list.

In showing their support for Foxwoods, the panelists jointly concurred, “Foxwoods offers 4,500 slot machines — ranging from penny games to $100 minimums — as well as 300 table games, high stakes Bingo at one of the world’s largest Bingo halls, a race book with 50-foot digital projection screens, and the largest poker room on the East Coast. Four unique hotel properties and over 30 restaurants make it easy to stay and play.”

Across the U.S., there are over 1,500 casinos, of which around 50 commercial properties (more, once Circa opens this month) are located in Las Vegas. This leaves a lot of options to choose from outside of Sin City, and the native Indian venues are proving to be the most popular, according to the results of the 10Best list. In addition to Foxwoods taking first and Mohegan Sun taking tenth, three more of the top ten are tribal venues. These include the Pechanga Resort Casino in California (ninth place), the Seminole Hard Rock & Casino in Tampa, Florida (seventh place) and the Casino Del Sol in Arizona (fifth place).

Despite being listed as the tenth-top casino in the U.S. outside Vegas, Mohegan Sun has found support in other categories. With its three hotel towers and innovation, the venue’s hotel is number one on the 10Best casino hotels list this year. Also on that list are Foxwoods (second) and Pechanga (third).