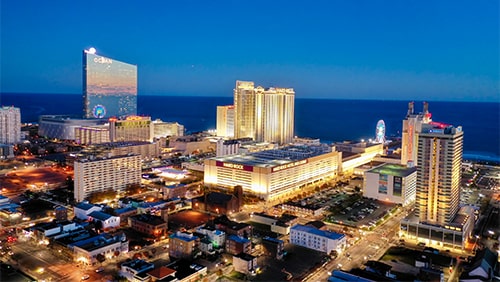 Things are starting to look up for Atlantic City and its casinos, but there is still a long way to go. New Jersey’s, and the East Coast’s, gambling hub has suffered one blow after another over the past couple of years, but nothing compared to the fallout caused by the COVID-19 pandemic. As the city struggles to get back on its feet after a flurry of punches to the gut and face, it has been able to bring back a large part of its workforce to get some help. However, according to regulators, almost 25% of that workforce is still waiting by the phone for a call to return. For many, that call will most likely never come.

The New Jersey Division of Gaming Enforcement (DGE) said this week that, as of the first of last month, there were 22,352 employees now back in action at Atlantic City’s nine casinos. However, that is a drop of 21.8% from the 6,233 seen a year earlier, and things aren’t likely to improve as the city enters the last quarter of the year. The fall and winter are typically slow for New Jersey because of the weather, and this won’t provide casinos with a huge reason to bring back more workers. Many casinos are already gearing up for a longer slowdown, relieving 2,528 employees from July to August and reducing the overall Atlantic City workforce a further 10%.

According to a report by the Press of Atlantic City, the Borgata could suffer the worst among Atlantic City’s casinos. This is due, in part, to the nongaming amenities found at the casino, which are still suffering. Jane Bokunewicz, the coordinator of the Lloyd D. Levenson Institute of Gaming, Hospitality & Tourism at Stockton University, explained to PAC that the Borgata has “more of a nongaming footprint than others. The food and beverage and convention jobs at Borgata would be among the most vulnerable under current circumstances.”

Indoor dining returned to New Jersey on September 4; however, it had been prohibited for 172 days. That suspension was devastating for all restaurants and dining facilities and, even though they’re now open, they can only operate at a maximum of 25% their normal capacity – not enough to even cover the bills in many cases. The Borgata was the last of the nine casinos in Atlantic City to reopen, a delay that had been based, in no small part, on the food and beverage restrictions ordered by New Jersey Governor Phil Murphy.

There is a little glimmer of hope for the casinos, however. While they can’t expect to receive government financial aid that would put them back at pre-COVID-19 levels, bills are being considered to provide some type of economic relief. These have been advancing – slowly – and still have to determine how to distribute funds, and how much should be given. In the meantime, casinos can only do what they can to keep moving forward. Fortunately, for those smart enough to make the call, sports gambling and online gaming can offset some of the losses.