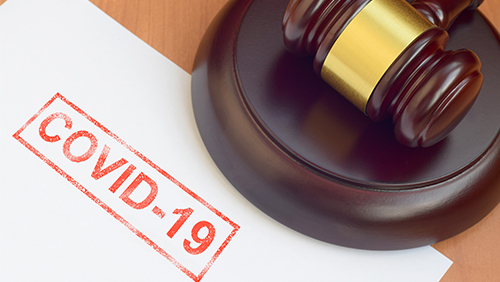 Atlantic City had spent the past couple of years trying to find the solid ground its casinos once enjoyed. New Jersey had to step in and throw it a lifeline, creating the Casino Reinvestment Development Authority (CRDA), and things seemed like they were starting to come together – slowly – before COVID-19 rolled into town. The coronavirus pandemic dealt the city a huge blow right to the gut, and Atlantic City’s casinos have been reeling ever since. This past June, a couple of bills were introduced to the state designed to facilitate financial relief for the casinos, and one of them has now received tentative approval. It doesn’t mean that New Jersey is ready to start writing checks right away, but it’s at least a step in the right direction.

A Press Of Atlantic City report indicates that the New Jersey Assembly Budget Committee signed off on a measure yesterday that would allow for temporary tax breaks for casinos in Atlantic City. A4032/S2400 had already made its way through the Senate this past June without too much resistance, and the full State Assembly is expected to vote on the bill tomorrow. It reads, in part, “The COVID-19 pandemic and consequent business closures [have] clearly not just reversed the consistent track of economic improvement that the Atlantic City casino industry had worked very hard to achieve over the last several years, but also has set back the economy of an entire region that is greatly dependent on the jobs, tourism spending and purchases that the Atlantic City casinos generate.”

Atlantic City casinos were forced to remain closed for 107 days, resulting in one local lawmaker asserting that Armageddon was coming and one casino executive calling the situation worse than what was seen in 2017. $112 million in revenue was lost by Atlantic City casinos before they were allowed to begin to reopen on July 2, and almost 50% of the local workforce was removed. Even after the lockdown order was removed by New Jersey Governor Phil Murphy, casinos had their hands tied, only able to operate at 25% their normal capacity and prohibited from offering liquor service.

If the Assembly approves the bill, casinos will see a one-year reduction in the amount they’re expected to pay on their gross gaming revenue (GGR), as well as a monthly cut to the GGR. The latter would be calculated against the use of certain promotional gaming credits the casinos offer, and the bill had to be rewritten to exclude specific tax breaks that had previously been included to cover items such as parking and hotel fees, as well as language that would have made the CRDA pay for Atlantic City’s marketing efforts.

The second of the two bills that were submitted this past summer, A4002/S2257, will also be put to a vote by the Assembly tomorrow. If approved, this one would authorize casinos and racetracks to take deductions on promotional gaming credits from any revenue tied to sports gambling operations, provided the gross revenue reached a certain level. GGR on retail wagers would have to be at least $8 million and at least $12 million for online wagers. Reaching those levels shouldn’t be a problem, as the most recent data from the New Jersey Division of Gaming Enforcement indicates that online sports gambling revenue reached $87.77 million last month.