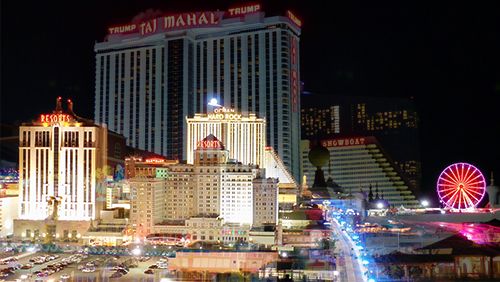 Casinos in Atlantic City (BC) have been hit hard by the coronavirus. Inarguably, the casino industry everywhere is dealing with massive financial losses because of the situation, but AC was already in a bad spot before taking another blow to the gut from the virus. At least one local politician believes the situation is so unstable that he expects “Armageddon” may be coming. Before chaos and mayhem run amuck in New Jersey, though, state politicians are hoping they can provide some type of relief. Lawmakers have been reviewing a couple of bills that would directly assist casinos, allowing them to apply for interest-free loans and reduce their tax liabilities. The efforts are starting to find results.

The first bill, Assembly Bill 4032, would allow casinos to forego paying fees related to hotel occupancy rates and parking through the end of this year. It also includes language that would give them authorization to deduct, against gross gaming revenue tax obligations, 100% of promotional gaming credits that are handed out to customers. The companion bill, Assembly Bill 4031, tasks the state’s Department of the Treasury with providing interest-free loans to the casinos, provided these have continued to make requisite payments to AC while the COVID-19-forced shutdown has been in place since March 16.

Both of these General Assembly bills have found bipartisan support in the state legislature and were approved by the Assembly Budget Committee this past Monday. Next up, the Senate will go over its own version of the bills, and already has drafts in front of New Jersey’s State Government, Wagering, Tourism and Historic Preservation Committee. So far, it looks like the Senate plans on supporting the measures, as well.

According to Assembly Majority Leader Louis D. Greenwald, “Supporting our state and regional economies and employing thousands of workers, the closure of New Jersey’s casinos has no doubt cast a huge shadow on Atlantic City and New Jersey’s tourism industry. The legislation released from today’s committee will work in complement to provide a fiscal path forward for an industry that has been devastated by the effects of this pandemic. A path that will help propel us through recovery, and one that particularly aims to see Atlantic City get back on track.”

Senator Chris Brown echoes that position, explaining, “We have to take these initial steps and develop a plan, not a bailout, to restart our local economy as quickly as possible.” Brown is the sponsor of the Senate versions of the bills.

The measures have been in the works for over a month. As lawmakers address a number of issues that are impacting the state, they have carved out some time to discuss AC’s precarious situation and are trying to make a difference. However, it isn’t clear when, and if, the bills might receive final approval in order to avoid a meltdown of the city.