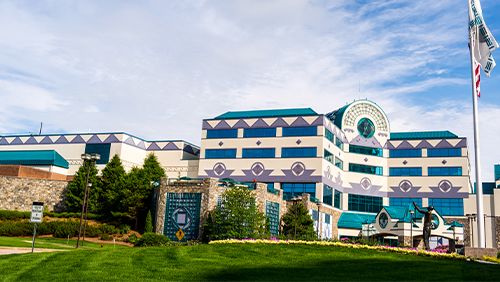 Even though the state’s governor was opposed to the idea, the tribes behind Connecticut’s Mohegan Sun and Foxwoods casinos decided they would reopen their doors on June 1. The venues had been closed since March 17 in an effort to keep the coronavirus from spreading, but too much downtime was causing massive losses in revenue, so a decision had to be made. It proved to be a good move for both venues, at least with the limited options they had available, as June brought substantial action. While certainly not at pre-COVID-19 levels, activity on the properties’ slot machines was hot and heavy for the entire month.

According to figures released from both venues, they picked up a combined $79.1 million in gross gaming revenue from their one-armed bandits in June. Mohegan Sun received $45.5 million and Foxwoods took in $33.6 million. Compared to a year earlier, those numbers are only 3% and 4.9%, respectively, lower. Made even more significant is the fact that the casinos are operating at just 25% of their normal capacities.

Adding to the strength of the results, social distancing and face masks have apparently not been a deterrent, as both are in force at the venues. In addition, no one from 22 states that remain on a Connecticut travel restriction list is allowed to visit the casinos. Gamblers from other states that aren’t on the list are required to self-quarantine for two weeks prior to visits, but all of these restrictions are obviously not hampering the properties’ gambling efforts.

Connecticut will benefit from the surge, as well. Per the established gaming compacts between the state and the tribes, which require the casinos to hand over 25% of their slot revenue, Mohegan Sun will give Connecticut over $11.3 million and Foxwoods around $8.4 million. That money will undoubtedly come in handy as the state tries to come out from under the financial pressure caused by the coronavirus.

In addition to the direct contributions to the state’s coffers, there will also be indirect assistance provided. With the casinos able to return to life, employees are returning to their positions, as well, putting thousands of employees back on the job. This means less unemployment compensation has to be provided and more state residents can start to shop again. However, Mohegan Sun and Foxwoods had over 14,600 employees on their payrolls before COVID-19, so there are still a lot of people anxious to see the casinos ramp up their operations.

July and August could also bring more of the same for the casinos. Connecticut has shut down all its bars, per orders of the governor, and they were supposed to reopen on July 20. That’s now not going to happen, though, which could find more people visiting the tribal casinos to grab a drink and a shot at the gambling action.