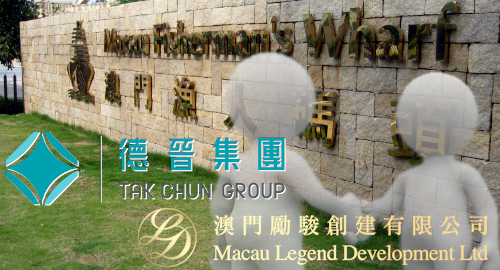 A major Macau casino junket operator has taken a significant stake in casino operator Macau Legend Development as the lines continue to blur between the two sectors.

On Monday, the Hong Kong-listed Macau Legend suspended trading in its shares ahead of a major announcement. On Tuesday, Macau Legend announced that Perfect Achiever Group Ltd, a British Virgin Islands-registered firm, had acquired a 20.65% stake in Macau Legend for HK$1.34b (US$173m).

Perfect Achiever is owned by Chan Weng Lin, the CEO of the Tak Chun Group junket. Tuesday’s release stated that Chan previously held a 0.1% share in Macau Legend, putting his total current holdings in the company at 20.75%. That puts Chan behind only Macau Legend’s co-chair (and former CEO) David Chow Kam Fai, who holds just under 30% of the company.

The company also operates the Savan Legend resort in Laos and is developing a US$300m hotel-casino on the island of Cape Verde off the west coast of Africa that has been in the works since early 2016. The company’s most recent statement on the project envisioned a “gradual opening of this business in late-2021.”

Last month, Macau Legend reported a net loss of HK$550m in the first half of 2020 as revenue fell by two-thirds due to the pandemic-related disruption of Macau’s casino market and the complete closure of Savan Legend since March 29. Macau Legend said at the time that it was in the process of renegotiating its bank loans to buy it more time to emerge from this downturn.

Tak Chun is one of Macau’s leading junket operators and for some time has been making noise about expanding into new markets. But the Macau Legend deal has Tak Chun’s Chan following the trail laid down by Alvin Chau, boss of the Suncity Group junket, who has expanded well beyond his junket origins to become one of the Asia-Pacific region’s new casino players.