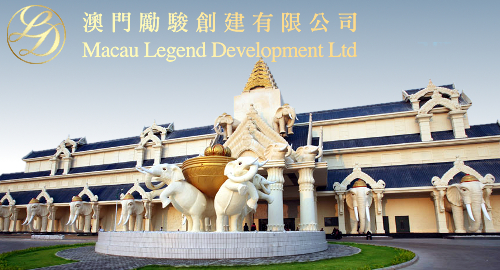 Casino operator Macau Legend Development Ltd (MLD) has vowed to help expand infrastructure in Laos if the government will allow MLD some freedom in reallocating its gaming taxes.

The Hong Kong-listed MLD held its annual shareholder meeting on Wednesday, and CEO David Chow Kam Fai updated investors on a variety of topics, including plans for its operations in Macau, Laos, Cambodia and Cape Verde.

In Laos, where MLD operates Savan Legend Resorts (formerly the Savan Vegas, pictured) Chow said the company had requested the right to redirect some of the flat tax of US$10m per year it currently pays the Lao government into developing the local infrastructure, including upgrading the Savannakhet airport to facilitate direct flights from Macau.

Chow said MLD plans to develop a “bungalow-type resort” on land adjacent to Savan Legend, one of “several” projects MLD has on its mind for the Laos market. Last month, Chow suggested MLD could invest up to $500m in expanding its Laos operations.

MLD is also looking at planting its flag in the Cambodian city of Siem Reap, a popular tourist area in the country’s northeast. Chow said MLD was still negotiating a land purchase but hoped to offer specifics on the company’s Cambodian plans before the year was through.

Chow further claimed that MLD’s long-awaited resort casino in Cape Verde off the west coast of Africa will finally begin opening this August. The $290m beachfront project’s first phase, which will include a 200-room hotel, office block and casino, originally targeted a 2019 opening.

All of this expansion will be funded in part with proceeds from last November’s HKD4.6b ($590m) sale of the Landmark Macau hotel-casino. Chow said Wednesday that MLD expects to realize a pre-tax gain of HKD3.3b from the recently completed sale.

The proceeds will also help fund expansion of MLD’s Fisherman’s Wharf property on Macau’s peninsula, where MLD already has two hotels and plans are underway to build a third.

MLD released its 2017 report last month, which showed annual revenue of HKD1.83b, one-quarter higher than 2016’s result. Adjusted earnings improved 29% to HKD278m, although the company booked a net loss of HKD507m due primarily to depreciation and the effects of Typhoon Hato on its Macau operations.