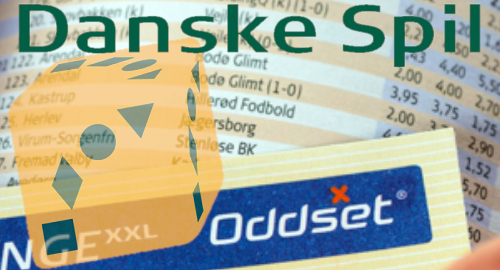 Denmark’s state-run gambling operator Danske Spil took a pandemic beating in the first half of 2020 but says it’s “back on track” to realize its earlier projections for its full-year performance.

The company managed to keep its ship afloat through reduced expenses, particularly on the marketing front, while gaming taxes and commissions were also lower due to COVID-19 reducing the scope of Danske Spil’s operations.

The mainstay lottery division Danske Lotteri Spil reported revenue of DKK1.3b, up 5.2% year-on-year, thanks in part to a series of extra-large prizes on offer, particularly via the Eurojackpot lottery.

The Danske Licens Spil online casino/betting division wasn’t as fortunate, reporting a 15.7% year-on-year revenue decline to DKK894.4m. The company doesn’t break out separate betting/casino figures but did note that the betting unit was laid low when most major sports activity was halted in March due to COVID-19.

Danske Spil was also forced to temporarily shut its Youbet betting site in April after its SBTech platform provider mistakenly allowed customers to bet on under-18 Swedish football. The dearth of sports options also led to Danske Spil taking wagers on a Ukrainian football match that never actually took place.

The Elite Gaming land-based slots hall division saw its H1 revenue nearly cut in half to DKK98m as Denmark ordered the closure of all non-essential retail operations on March 13. The fledgling Swush fantasy sports unit also saw its revenue nearly halved to DKK2.1m as real-world sports were reduced to a mere fantasy.

Danske Spil chairman Peter Christensen, who only assumed the role in June, called the first half of 2020 “challenging in every way” but praised the company for “maintaining a satisfactory turnover” despite the disruptions. The company said it now expects an annual after-tax profit of between DKK1.3b-1.4b when the year is through.