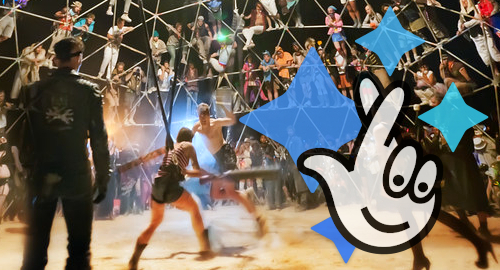 The UK’s gambling regulator has formally opened the competition to operate the National Lottery, while announcing staff cuts that are prompting further criticism from anti-gambling parliamentarians.

On Friday, the UK Gambling Commission (UKGC) announced the start of the cage match to determine who gets to run the National Lottery when the current licensee’s contract expires in 2023. The license is currently held by Camelot UK Lotteries Ltd, a subsidiary of the Camelot Group, which has operated the Lottery since its launch in 1994.

Whoever the recipient of the fourth license is, they’ll have a fixed 10-year term, which the UKGC believes will offer “a clear period for investment planning.” The licensee will also enjoy an incentive mechanism to ensure “the licensee’s incentives and delivery are closely aligned with returns to good causes.”

In June, Camelot reported sales of £7.9b in its most recent fiscal year, up 10% on the previous year, with digital sales topping the £2b mark for the first time. Returns to good causes were up 12% to £1.85b, but the new licensee will enjoy “greater flexibility to maximize returns to good causes, hand in hand with ensuring safe and fair play.”

A number of would-be licensees have been rumored to have an interest in this derby, including Czech lottery and betting giant Sazka Group, Australia’s Tabcorp Holdings, and Health Lottery operator Northern & Shell.

Interested parties must register their interest in bidding for the license, with qualified parties receiving an Invitation to Apply, which requires a great deal more paperwork to demonstrate their capacity to operate the Lottery. The UKGC envisions identifying its preferred candidate by September 2021.

Meanwhile, the Guardian reported Friday that the UKGC is proceeding with plans to trim its payroll by £1m. The regulator is reportedly looking for volunteers to accept buyouts before deciding how many more of its current 332 staff will be forced to walk the plank to meet the UKGC’s targets.

Rumors of the cuts began circulating in April, which led UKGC critics to slam the regulator for further reducing its ability to police its licensees, particularly the online ones. Labour MP Meg Hillier said Friday that the cuts were unfortunate “give the huge gaps in [the UKGC’s] understanding” of gambling harms and its “tortoise-like progress” in tackling those harms.

A UKGC spokesperson said only that the cuts were intended to make the regulator more “agile” and was mulling “some changes we must make to meet the challenges ahead.”