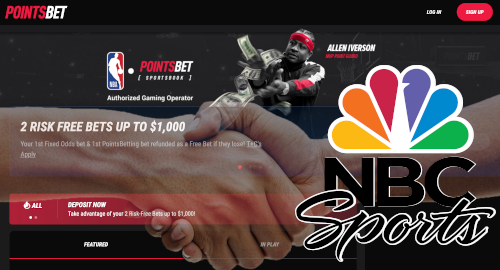 NBC has become the latest US broadcaster to take a direct piece of the sports betting action via online sportsbook PointsBet.

On Thursday, NBCUniversal announced that it had reached a deal with Australian betting and online gambling operator PointsBet that will make the bookmaker the official sports betting partner of the broadcaster’s considerable sports assets. (Fine print of the deal viewable in full here.)

The five-year deal, which is subject to shareholder approval by November 28, will provide PointsBet with “year-round, multi-platform media and marketing opportunities” courtesy of NBC’s event portfolio (including via Spanish-language Telemundo). PointsBet will feature prominently in “multiplatform gameday integrations” across eight NBC Sports regional networks, which offer exclusive access to local MLB, NBA and NHL teams.

PointsBet will also be the exclusive provider of “odds, props and trends” for NBCSN and the Golf Channel, along with their digital properties, as well as the new Peacock streaming service and NBC Sports Podcasts.

The NBC Sports Predictor app, which has more than 1.1m downloads, will incorporate PointsBet content, offering the bookmaker the opportunity to convert free-to-play bettors into the real-money kind. PointsBet odds will get similar integration into Rotoworld, NBC’s digital fantasy sports property.

In exchange, PointsBet has committed to spending $393m on marketing with NBC properties, “allocated in progressively increasing amounts” over the course of the five-year deal. NBC will also act as an affiliate, earning fees for referring bettors to PointsBet.

The deal calls for NBC to take a 4.99% stake in PointsBet with the option to acquire up to 25% of the bookmaker when the deal’s original term expires. PointsBet said the value of the shares and options will “offset the total committed marketing spend and reduce the cash commitment across the five years.”

Should NBC decide not to exercise those options, it can instead accept a cash payment of AU$105,324,471 (US$76.6m). But if NBC exercises all the options on a cash basis, PointsBet will receive approximately AU$870m (US$632m).

The report comes a little over one year after PokerStars’ parent company The Stars Group (now part of the Flutter Entertainment juggernaut) reached a similar pact with Fox Sports. That deal, described at the time as America’s “first of its kind national media and sports wagering partnership,” saw Fox take a 4.99% stake in TSG with the option to acquire up to 50% of TSG’s US-facing business within 10 years.

PointsBet made its US market debut in New Jersey and has since acquired betting licenses in Indiana and Iowa. The company is preparing to launch in Colorado, Illinois and Michigan, with market access deals in half a dozen other states pending legislative and regulatory approvals.