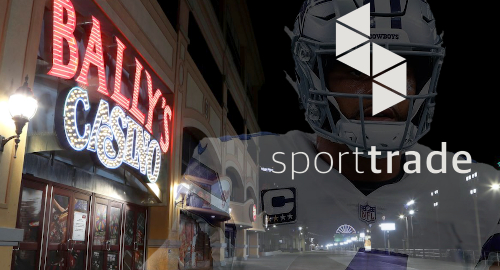 New Jersey’s online gambling market is poised to welcome its first sports betting exchange, although it’s unclear whether the state’s limited number of bettors will provide the necessary liquidity to make the site a success.

In April, TRWH agreed to acquire three casinos from soon-to-be-wedded Caesars Entertainment and Eldorado Resorts, including Bally’s Atlantic City. While that deal is still awaiting formal approval, it will give TRWH the right to operate three online sports betting ‘skins’, one of which it intends to offer to Sporttrade’s proprietary exchange product.

Sporttrade CEO Alexander Kane said his company’s “revolutionary” product would succeed by “applying capital markets technology and market structure” to the US betting market. Kane promised customers “a first-of-its-kind sports betting venue that will be fair, liquid, and transparent” as well as offering “significantly lower costs than traditional sportsbooks.”

That’s assuming market conditions will allow Sporttrade to make a go of it. In 2015, New Jersey issued an exchange wagering license to the US division of UK operator Betfair (now part of Flutter Entertainment), but the product was limited to horseracing wagers. The site launched the following May but struggled out of the gate, despite allowing New Jersey bettors to wager into Betfair’s European exchange.

While pari-mutuel racing has long enjoyed widespread US pooling under the 1978 Interstate Horseracing Act, Sporttrade’s exchange won’t have the option of sharing liquidity across US state lines due to lingering concerns over potential violations of the 1961 Wire Act.

TRWH has no direct online experience of its own – it inherited an online operation in Delaware via its 2019 acquisition of Dover Downs Hotel & Casino – and while its Bally’s casino deal has yet to be approved, this month has seen the company strike two New Jersey online partnerships with PointsBet (for online casino) and Esports Entertainment Group (for betting).

TRWH CEO George Papanier said Sporttrade’s betting exchange would be “a new, exciting online product offering for our guests” and the company itself was “a great addition to our list of unique partnerships we are building in the Atlantic City market.”