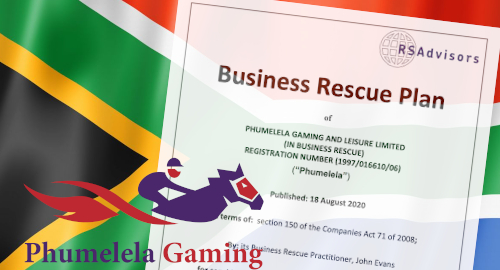 On Wednesday, Phumelela published its official business rescue proposal, which aims to pull the struggling company out of the financial hole that led to its filing for bankruptcy protection in May. The company endured the “worst year” in its 22-year history following regulatory changes that eliminates its share of betting winning levies in Gauteng province, a situation that worsened when COVID-19 shut down racing both locally and around the world.

The most dramatic elements of Phumelela’s plan include the sale of “the Horse Racing Business and assets” (which include four South African racetracks), the company’s retail and online race and sports betting subsidiary Betting World, and Phumelela Gold International, the company’s share of the Premier Gateway International joint venture with Australian bookmakers Tabcorp.

Phumelela claims to have secured deals to sell the above assets, but didn’t identify the purchaser. Earlier this month, reports circulated that UK bookmaker Betfred, which has a lengthy history of race betting involvement, was the likely buyer. Betfred has yet to comment on these reports.

The rescue plan requires 75% of creditors to approve the rescue following a meeting on September 1. The lengthy list of creditors includes other racing operators with which Phumelela pooled betting liquidity, including the Hong Kong Jockey Club, France’s PMU, the Singapore Turf Club, Tabcorp and the UK Tote. The king of Saudi Arabia makes a minor appearance, which is probably better than the Crown Prince, who doesn’t strike one as the forgiving sort.

In May, Phumelela got a R100m (US$5.4m) financial lifeline from one of its largest creditors, Mary Oppenheimer Daughters (MOD), which is operated by South Africa’s richest family. On Wednesday, Phumelela said MOD had agreed to provide additional bridge financing of R550m in three equal tranches, subject to approval of the rescue plan.