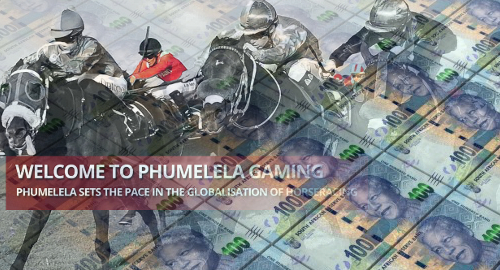 South African race and sports betting operator Phumelela Gaming & Leisure has filed for a form of bankruptcy protection as the pandemic pushed the already teetering company over a financial cliff.

Last Friday, Phumelela’s board of directors alerted investors that it had suspended trading in its shares on the Johannesburg Stock Exchange and viewed “the best option to ensure the long-term survival of the company and the sport of horseracing is to implement a business rescue plan.”

Business rescue allows struggling firms temporary relief from their creditors in order to give a company time to restructure its operations. Phumelela said it has appointed a Mr. John Evans as its “business rescue practitioner.”

Phumelela is coming off the “worst year” in its 22-year history following regulatory changes in Gauteng province that eliminated the company’s share of the mandatory 6% levy imposed on racing bettors’ winnings. This was compounded by the recent suspension of all South African racing due to the COVID-19 pandemic, which led Phumelela to warn last month that it couldn’t carry on much longer under current conditions.

However, Phumelela’s business review announcement indicated that it was conducting “ongoing negotiations with a third party regarding the provision of loan finance,” and had “received a signed proposal” from the unidentified third party.

Smith said the R100m lifeline was “not an attempt to save Phumelela as a company or to invest in Phumelela,” but was intended to ensure “the sustainability of the [racing] industry as a whole.”