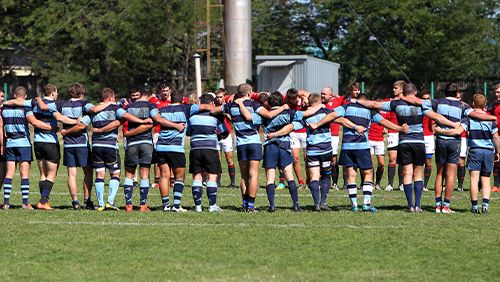 With the Rugby Championship on hiatus for a week, the focus will be on the third round of Super Rugby Unlocked. The Springboks won’t be travelling to Australia for the tri-series tournament, leaving the South African sides to compete on the domestic front. International rugby returns to the Northern Hemisphere this weekend as Ireland face off against Italy to finish out round four of the Six Nations that was interrupted by the Covid-19 break.

The Pumas are set to face the Stormers for the first time in their brief history and will mark the occasion with their first Super Rugby fixture in front of their home fans. This will be the first time the Pumas have face a side that played in the 2020 Super Rugby competition before COVID. The Stormers claimed a 23-17 win in their only fixture to date this season and are the only side to score a win after trailing at halftime. Herschel Jantjies has been on song in 2020; the playmaker has been involved in nine tries in his last nine Super Rugby matches with 5 tries and 4 assists.

The Lions have a fantastic track record against the Cheetahs, winning their last six matches on the bounce. The Lions have struggled in their opening two matches while the Cheetahs have pulled off consecutive wins. The Cheetahs have an outstanding defensive record, conceding just three first-half points in their last two matches. The Lions will take this opportunity to find some winning form and mount a serious charge towards the Super Rugby title.

The Sharks recorded a 23-15 in their last encounter with the Bulls that snapped a nine-game losing streak. The Bulls have been solid over their opening two fixtures, with a win over Griquas in the opening round before a loss to the Cheetahs in their last outing. The Sharks were able to escape their last match against the Lions with a 19-16 win and will be hoping for a similar result this week.

Six Nations Round 4 Italy vs Ireland

The Six Nations will be welcomed back with open arms by fans in the northern hemisphere as Ireland go up against Italy in Dublin. The home side are overwhelming favourites to claim a win this weekend and have made several changes to the side that lost against England in their last start before the COVID break. Will Connors, Hugo Keenan, Ed Byrne and Jamison Gibson-Park are set to make their international debuts in a side to be captained by flyhalf Johnny Sexton. Italy has flattered to deceive, losing all three Six Nations outings by a healthy margin in 2020. The Italians were hammered 42-0 in their last outing against Wales and will struggle to find any rhythm against a strong Irish side in Dublin.