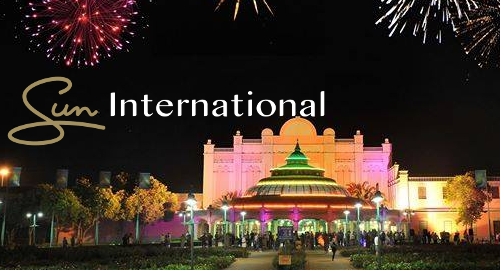 On March 24, South Africa’s government ordered a national lockdown of non-essential businesses, including hotel and casinos run by Sun International. On Friday, the company issued a statement saying it planned to reduce staff hours and salaries when its businesses reopen on May 1.

The reopening will take place on a limited basis, with plans to ramp up operations dependent on customer demand. Permanent full-time staff will see their salaries cut by 20%, while staff earning over ZAR1m (US$53k) per year are looking at a 30% cut.

The company acknowledged that the pay cuts will have “a substantial impact” on staff, but argued that “we need to ensure the long-term sustainability of the company so that we can protect as many jobs as possible.” Without the cuts, Sun’s lenders “will no longer provide the capital we need to continue to operate.”

Sun CEO Anthony Leeming also announced that the Carousel Casino (pictured) in North West province and the slots-only Naledi Casino in the Free State would not reopen following the lockdown’s expiration. Leeming said the Naledi venue had been a money-loser “for several years,” while Carousel had also been incurring losses “for some time,” and the lockdown “impacted our ability to continue subsidizing underperforming properties.”

While Sun pledged to work with labor representatives to mitigate the impact of the changes, the SA Commercial, Catering and Allied Workers Union (Saccawu) is reportedly planning to seek “recourse with the courts” over Sun’s “reckless and irresponsible” actions.

Sun has been caught in a retrenchment phase ever since last spring, when the company closed two other South African properties, part of a wave of closures that also saw it shutter a Panama-based casino. Most of Sun’s remaining Latin American businesses have also seen their operations disrupted by the pandemic.

PHUMELELA ON THE ROPES
In other local news, racing and sports betting operator Phumelela Gaming & Leisure issued a warning Monday that it was facing “circumstances that are beyond its control and which have had a material adverse effect on revenue since the start of lockdown.”

The shutdown of South African racing has left Phumelela with no product to export internationally, and the suspension of most football has sunk its sports betting business. All of its retail betting shops are closed, and while its digital wagering channels remain open, digital revenue is “insufficient to compensate for this large void.”

Phumelela was already coming off the “worst year since the business was first incorporated in 1997,” but if racing doesn’t resume by May 1, “it is likely that a rationalization of the entire horse racing industry and associated value chain in South Africa will occur with consequent significant loss of jobs and reduced tax collections.”