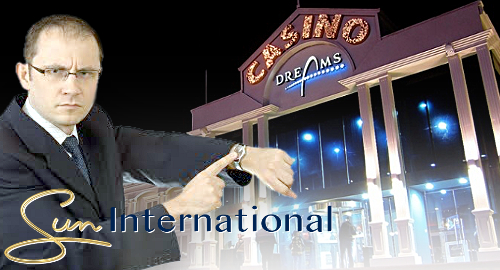 South African hotel/casino operator Sun International Ltd says a deal that would have created a Chilean gaming giant is dead in the water, at least, for now.

The deal would have created one of Latin America’s largest gaming businesses, controlling 10 of Chile’s 26 casinos as well as operations in Argentina, Colombia and Peru. But Sun Int’l announced last Friday that the parties had “failed to conclude the proposed merger as envisaged” by the October 31 deadline and “consequently the MOU has lapsed.”

Sun said the parties have agreed that they will “continue to consider a potential merger which may result in a transaction at a later stage,” at which point investors will be advised accordingly.

Sun Int’l also informed investors that its proposed disposal of nearly 15% in Sun Dreams to the Chilean unit’s minority stakeholder Nueva Inversiones Pacifico Sur Limitada had failed to garner the approval of Chile’s gaming regulator, the Superintendencia De Casinos De Juego (SCJ), by the “long stop date” of October 31. Sun says it’s “engaging with Pacifico regarding an extension to this date.”

Finally, Sun said its Sun Dreams operations have been “negatively impacted” by the social unrest that has rocked Chile over the past few weeks. The Sun Dreams casinos have suffered restrictions on their operating hours and at times have been forced to completely shut down operations.

Certain Sun Dreams properties have also suffered “some damage” as a result of the protests. Sun Int’l warned investors that these disruptions will have an unquantified “negative effect” on the company’s 2019’s full-year results.

Ironically, in September Sun Int’l told investors it was looking at new opportunities in Latin America – including online gambling under its SunBet brand – to offset reduced consumer spending in its core South African market.

For the six months ending June 30, income from South African operations was up 2% to R5.5b (US$37.3m) while LatAm income rose 17% to R2.8b thanks to the late-2017 acquisition of several Peruvian gaming operations.