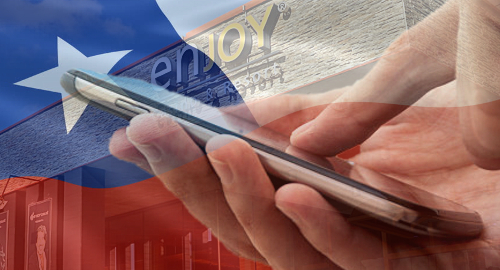 Chile’s struggling casino operators could be allowed to expand into online gambling under a plan floated by the government to offset operators’ COVID-19 struggles.

On Tuesday, Chilean media reported that the government plans to send Congress a proposal to allow automatic renewals of the operating permits of 14 casinos that were scheduled to expire this year. The casinos’ right to operate would be extended for 12 months, after which the originally planned bidding process for renewal of the permits would occur.

All 26 of Chile’s casinos were closed in mid-March due to COVID-19 and have yet to reopen. The government announced last week that the casinos might not be reopened until September or possibly even October.

This is weighing heavily on both the casino operators and the municipalities that host them. Some of the casinos are operated by local governments that derive more than half of their operating budgets from gaming revenue.

Undersecretary of Finance Francisco Moreno said he didn’t want the process of renewing the 14 casino permits “to be carried out under adverse conditions that will end up affecting municipal revenues for the next 15 years.”

Moreno wants the casinos to agree to an increase in their gross income tax rate from 20% to 25% during the 12-month extension. In exchange, the casinos would be allowed to develop ‘remote gaming’ platforms “within their respective perimeter.” That perimeter likely refers to the borders of each municipality, which would require the casinos’ websites to be strictly geo-fenced.

The Superintendencia de Casinos de Juego (SCJ), an autonomous body that oversees casino activity, had publicly lobbied for casinos to be given the right to operate online gambling provided that the government creates “an effective tax and regulatory framework” that struck a balance between economic needs and social responsibility.

Chile’s casinos have been struggling since last October, when they were forced to close temporarily due to widespread civil unrest. But some operators, such as casino/hotel operator Enjoy S.A., are in a deeper financial hole than most.

Enjoy began a ‘judicial reorganization procedure’ aka bankruptcy filing in late-April as its operations in Chile, Argentina and Uruguay were all shut due to COVID-19 and the company reported a net loss of nearly $11.4m in the first quarter of 2020.

Enjoy pinned its reorganization hopes on a planned $150m debt issue but this was called off due to uncertainty over when the company might be back on a revenue-generating basis. In May, Enjoy warned that it would be unable to make interest payments on an international bond or pay off local notes.

Enjoy also filed for Chapter 15 bankruptcy protection in the United States earlier this month. Chapter 15 allows US courts to recognize a bankruptcy filing in another country and protect the company from US creditors while trying to restructure its business in Latin America.