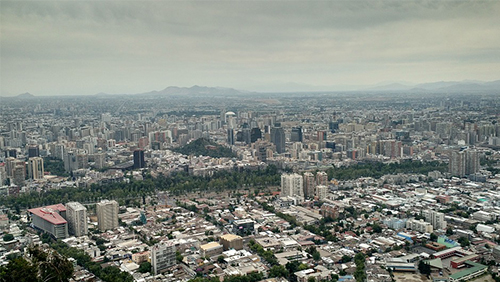 For the past two weeks, the streets of Chile have been awash in public battles and protests. Civil unrest has gripped the South American country as citizens become more frustrated with a growing distinction between social classes and an increase in the cost of living that many can’t cover. An ill-fated attempt to raise the cost of riding the country’s subway system didn’t help, either, and things have turned ugly. In the midst of the turmoil, Chile has had to take the unusual measure of shutting down its casinos in order to protect both workers and patrons, casino.org reports.

Since the protests began, more than 20 people have been killed and over 2,500 injured. Police have arrested 2,840 for participating in riots and the situation is still tenuous at best. Subway stations have been seized, the transportation system has been disabled, with 81 different stations either vandalized, set on fire or both. Exacerbating the sensitive nature of the protests, there have been reports of police shooting protestors who were unarmed and who had their hands raised in the air in a sing of surrender.

Chile has a robust gambling scene which consists of seven city-owned venues and 18 new-ish private casinos. Most that fall into the latter category are owned by two companies, Enjoy and Sun Dreams, and all are now having to respond to the order of the country’s gambling regulator to suspend activities.

The majority of the protests and riots have been taking place in Santiago, Concepción, San Antonio and Valparaíso. Not all of the locations have seen the level of violence witnessed in Santiago, however, and most of the country’s casinos are located in areas that have remained relatively calm.

Things became so bad that Chile’s army had to be deployed in an effort to restore order. Everyone from the country’s president, Sebastián Piñera, on down throughout the government ranks was unprepared for the reaction and Piñera was facing growing opposition to his remaining in office. He’s now trying to make amends.

For his part, Piñera, in an effort to try to restore order, has now gotten rid of his Cabinet and vowed to “put all my ministers on notice in order to restructure my Cabinet to confront these new demands,” according to a report by the BBC. He added, “We are in a new reality. Chile is different from what it was a week ago.”