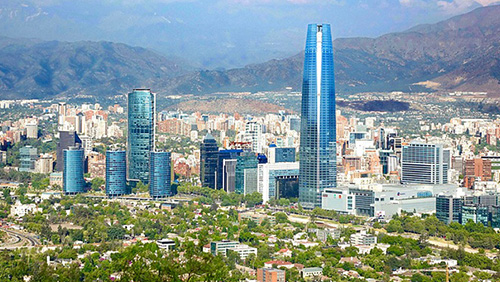 A local casino near the Chile capital of Santiago last week saw more than just action at the slot machines. A shootout took place inside the venue, resulting in five people being killed and the perpetrator reportedly still at large. The loss of life had at least one politician take advantage of the situation to stand on his soap box, asserting that the violence was a result of gambling. To use his logic, if someone shoots up a McDonalds, it’s the cheeseburger’s fault.

The altercation started when a man and a woman began to argue in the venue. It spilled over to include at least one other man before the shooter pulled out a gun and began to fire. The disturbance, most of which was caught on surveillance cameras, resulted in the deaths of four men and one woman at the scene as patrons dove for cover anywhere they could find it.

Crime scene investigators counted 70 casings at the scene and are still investigating the incident. A spokesman for the police force, Carlos Albornoz, explained to local media, “We are doing ballistic investigations, especially of the cartridge shells. There are a huge amount, not only inside the premises, but also outside and in the surroundings.”

Chile authorized expanded slot machine gambling last year. The one-armed bandits had been previously allowed in large casino resorts, but the government decided to allow them to be placed in small businesses, provided they were available only as a source of recreation.

Only recreational use would imply that no money is needed. However, this is apparently not what is happening. Senator Alejandro Navarro asserts that the parlors that are popping up, just like the one at the center of last week’s shootout, have slot machines that can cost as much as $28. He told the Estrella Concepción news outlet, “Today we are witnessing this very serious situation of the shooting inside a room, with five dead and 70 shots. So it is clear that these illegal casinos, wherever they are, are dangerous.”

The Senator didn’t escape being mocked for the misguided comments, including by the Guild Association of Operators, Manufacturers, and Importers of Electronic Gaming. Its spokesman, Ramon Sepulveda, retorted, “If they assaulted someone in a bank, should the banks be closed and banned? That is the logic that the senator applies.”

Bad things happen all the time and, while it helps to try to identify a root cause, misdirecting the cause is detrimental and unjust. While not exactly uncommon in certain political circles, the misguided action ultimately does more harm than good.