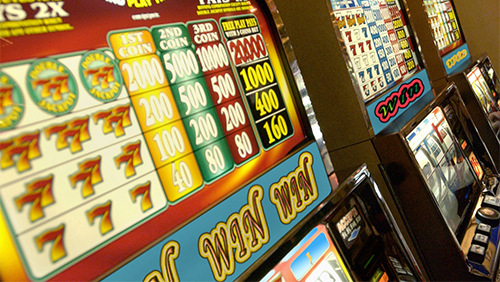 As states across the U.S. have begun to ease up on their coronavirus-induced restrictions, the results within the gambling space have been mixed. Las Vegas is nowhere near what it wants to see in terms of revenue, while Ohio pulled off a coup as its casinos began to open their doors last month. Indiana gave its gambling industry the green light to resume activity on June 15 and, according to figures just released (in pdf) by the Indiana Gaming Commission (IGC), gamblers wasted no time hitting the gaming floors. July’s revenue was only slightly lower than what was seen a year earlier.

The IGC indicates that Indiana’s 13 gaming properties saw gross gaming revenue (GGR) in July of $175.8 million. That covers slots, table games and sports wagers, and is only $10.1 million under what was reported in July of last year for a difference of just 5.4%. Taking into account the fact that casinos didn’t start opening until the middle of the month and that social distancing measures were in full force (and still are), the results are even more impressive. Those measures include a maximum of three players at table games, four at roulette tables and six at craps. The number of slot machines has also been reduced, and there is no poker.

A Caesars Entertainment property that has consistently been able to brag of being the strongest in terms of revenue, Horseshoe Hammond, saw the most action last month. The IGC indicates that its GGR was $30.5 million, which is only $2 million below its take a year earlier. Next in line was the Indiana Grand with $26.05 million, followed by Ameristar Casino in third with $20.79 million.

Inarguably, sports gambling has played a huge role in helping the gambling venues return to normal. A year ago, there was no market in the state, with Governor Eric Holcomb having only given the final approval for legal sportsbooks in May. By September, three properties had been issued licenses, officially allowing sports wagers to be taken. Within two months, Indiana had a robust sports gambling market that had seen its handle increase by over 80% in that period.

The numbers should continue to rise going forward, as well. If the NBA and/or NHL season had been called off because of the coronavirus, Indiana would have missed out on substantial tax revenue from sport wagers. As it turns out, sports fans are enjoying NBA, NHL, MLS and MLB games at the same time, giving gamblers a lot of options. Throw in the PGA, Mixed Martial Arts, and the upcoming NFL season, and there’s now a master recipe for significant sports gambling revenue.