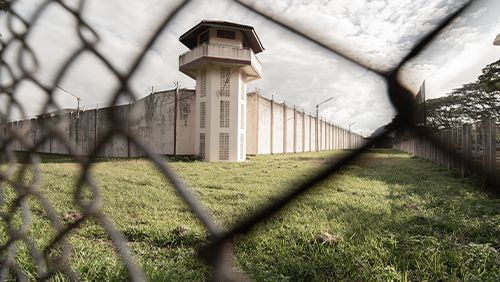 The first step in overcoming an addiction problem is to admit there’s a problem. The former mayor of Whiting, Indiana, doesn’t believe he was ever an addict, though, despite having misappropriated more than $255,000 in campaign funds to pay for casino trips and other expenses. Joseph Stahura was facing jail time for his actions after pleading guilty last September, but a judge has decided he can walk.

Stahura, who resigned as Whiting’s mayor last August, allegedly took about $255,000 in campaign contributions given to him over the years and used to visit out-of-state casinos, pay off bills and credit cards and more. He was tracked down through ATM withdrawals and reportedly made around 50 trips to casinos from March 2014 to October 2019. Those ATM withdrawals showed around $55,000 spent during that time.

The former politician was found guilty of wire fraud and filing a false tax return, but the judge took a light-handed approach to sentencing him. He could have faced as many as 23 years behind bars if given the maximum sentence for the crimes; however, the judge, James T. Moody, determined that Stahura’s lawyers made a good case for leniency when they argued that their client’s crimes were not that serious. Kerry Connor, an attorney representing Stahura, asserted, “Stahura’s conduct was wrong and illegal, but it didn’t impact his role as mayor, and I think that’s an important distinction Mr. Stahura’s conduct was significantly different than these other politicians.”

Stahura, who was facing legal action along with his wife, had reportedly made restitution of the embezzled funds, which the judge took into consideration when he handed down his decision. He also stated that it was obvious Stahura was very remorseful of his actions, which he demonstrated by stating, “I’ve not only embarrassed my wife, my family, and the residents of Whiting but everyone who believed in me.”

Judge Moody decided that Stahura was the first politician he had ever seen that showed remorse for his actions and sentenced him to two years’ probation, along with one year of home detention and a fine of $7,500. Stahura’s wife was let off with a warning and will avoid being charged as long as she complies with the terms of a deferred prosecution agreement.

This isn’t the first time Indiana has had to deal with a politician coming under fire for breaking campaign finance laws. John Keeler, a former state representative who became the VP and General Counsel for Spectacle Entertainment, was indicted by a grand jury for the facilitation of illegal campaign funds. That led to a larger investigation of Spectacle and executives with its predecessor, Centaur Gaming, of which Keeler had been a part.