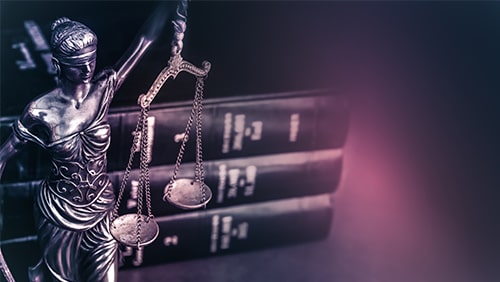 Spectacle Entertainment doesn’t seem very entertaining right now. Former Indiana State Representative John Keeler, now the casino operator’s VP and general counsel, has been indicted by a federal grand jury, along with another former lawmaker, of violating campaign finance laws in the state of Indiana. An investigation launched earlier this year led to the grand jury indictment, which could, if regulators choose to go that route, cost Spectacle its gaming license.

Keeler and former Indiana Senator Brent Waltz were hit with the charges after an investigation into Walt’s attempt at getting a seat in Congress in 2016. That didn’t go well; however, things got worse when Waltz became the subject of an FBI investigation into campaign fraud. That investigation ultimately uncovered the scheme that Keeler had put together, and resulted in Waltz being charged with conspiracy, falsification of documents, providing false statements, obstruction of justice and receipt of illegal campaign funds. For his role, Keeler is looking at four charges tied to the facilitation of illegal campaign funds.

Everything goes back to 2015. At the time, Keeler was VP and general counsel of New Centaur LLC, which has had ties to Spectacle over the years. Keeler hatched a scheme to try to bypass the controls placed on the caps for political campaign contributions, working out a deal with political consultants to fudge invoices that were designed to look like legitimate service receipts. However, the payments received for those services were actually campaign contributions.

According to the indictment, which was unsealed yesterday, “[The political consultants] never performed any of the services reflected in the two fake agreements, and neither Keeler nor any other New Centaur, LLC employee ever followed up to request the performance of these services. Each Straw Donor contributed by check a donation of $2,700 to Brent Waltz for Congress, and [the political consultants] reimbursed each Straw Donor using the money from New Centaur, LLC. [The consultants] also contributed $2,700 each to Brent Waltz for Congress, and reimbursed themselves with the money from New Centaur, LLC.”

Waltz also received money from the consultants, but which originated with Keeler and New Centaur, according to the indictment. The failed politician had reported around $152,000 from individual donors and $113,700 from his own bankroll to fund the campaign. However, the actual amount involved cannot be determined because of all the money-shuffling that went on.

Now, Waltz and Keeler are looking at up to 20 years in prison for the falsification charges and another five years for the other charges. They could be required to pay up to $250,000 in fines, as well; however, Keeler will most likely catch a break. Not only because of his stature, but because, at 71 years old, a judge will most likely give him a lighter sentence. Waltz, on the other hand, is still ripe for whatever he gets. At 47 years old, he’s still young enough to enjoy his new home for years to come.