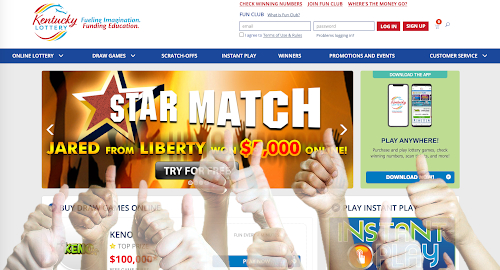 Online lottery sales have proven a godsend for many US state lotteries during COVID-19, which makes it all the more inexplicable when states pass up the opportunity to introduce an online option.

While scratch-off ticket sales ($741m, +10.7%) continued to be the dominant lottery product, the biggest percentage gain came via the online lottery, which shot up 68% year-on-year to $45m. That figure represents a more than eightfold increase since FY17, the first full year of the state’s online sales.

While the digital unit still accounts for only 3.7% of all sales, it was credited with helping the Lottery fill the void when COVID-19 forced many lottery retailers to shut. For instance, Keno sales were down 6.4% to $78.8m in FY20 thanks to the shutdown of all monitors for two months to minimize people clustering around them.

The handful of other states that permit online lottery sales have reported similarly strong showings by their digital operations during COVID-19, convincing other states to follow their lead. Which must drive the Massachusetts Lottery’s braintrust batty, given that their online requests continue to fall on deaf ears in the state legislature.

Massachusetts legislators are currently mulling a sweeping economic kickstart bill that would, among other things, authorize both land-based and online sports betting. Early drafts of this bill included plans to authorize online lottery sales, but these were jettisoned at the committee stage.

Last Friday, Massachusetts Treasurer Deborah Goldberg, who has pressed for online lottery sales for years now, called the omission “disappointing,” noting that it “vital” for the state Lottery to “keep pace with consumer preferences and demands.”

Goldberg said an online lottery was “not just a matter of convenience, it is a necessity” if the state wants to provide sufficient financial aid to local communities in times such as these. Goldberg has also warned that the state’s share of online lottery sales would dwarf what it gets from sports betting, making the legislature’s stance that much more incomprehensible.