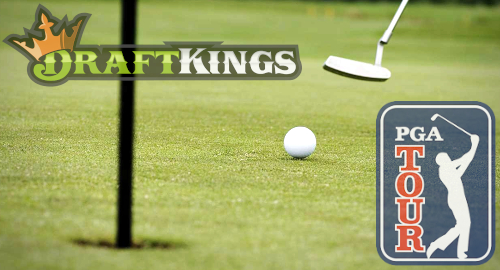 Sports betting operator DraftKings is deepening its ties to golf while praying to God that it doesn’t lose baseball betting for the rest of the year.

On Tuesday, DraftKings announced it was expanding its daily fantasy sports ‘content and marketing relationship’ with the PGA Tour to become an Official Betting Operator of the sports body. While the DFS partnership was an exclusive, the betting deal was cited as the ‘first’ for the Tour, so we should expect a flurry of similar announcements in the coming weeks.

The deal will allow DraftKings to use Tour trademarks in its US operations, as well as advertising access within Tour media and partner platforms. DraftKings can also use Tour content and video in its pre- and post-game betting programming.

PGA Tour senior VP of media & gaming Norb Gambuzza said his group’s original DraftKings tie-up had led to “tremendous” growth in fan engagement and the expansion of the deal was “a natural evolution” given the legal climate and the Tour’s increasing interest in snagging some of the betting bucks floating around out there.

DraftKings’ chief business officer Ezra Kucharz noted that golf “has been an especially important outlet for fan engagement over these past few months,” thanks to the suspension or outright cancellation of many other major sports. Kucharz said golf is currently DraftKings’ fourth most popular sport in terms of wagering.

DraftKings’ share price took a tumble on Monday following last weekend’s news that Illinois was reintroducing its land-based customer registration requirement for online sports betting. The move was interpreted by some as a negative reaction to DraftKings’ efforts to circumvent the state’s 18-month time-out for online-only operators taking wagers using their own brand names.

DraftKings suffered a further price decline on Tuesday on suspicions that Major League Baseball’s pandemic-abbreviated season may prove even shorter than anticipated. While the weekend saw baseball betting soar, Monday brought word that several Miami Marlins players had tested positive for COVID-19, leading to the cancellation of at least two games.

On Tuesday, the Marlins went further, announcing a temporary suspension of their season through at least August 3 after 18 players and staff tested positive. The Philadelphia Phillies, the Marlins’ most recent opponent, announced the postponement of Tuesday’s game against the New York Yankees and suspicion is mounting that the Phillies may also be forced to temporarily suspend activity.

MLB chose not to follow the lead of the National Basketball Association and National Hockey League, which have cocooned their players and staff in ‘bubbles’ that limit their exposure to the outside world. MLB commish Rob Manfred acknowledged Monday that the abbreviated 2020 season could come to an abrupt end if infections spread league-wide.

Anyway, enjoy that PGA Tour betting, DraftKings. At least, until Phil Mickelson bets another player to see which one of them can lick more flagpoles without catching the coronavirus.