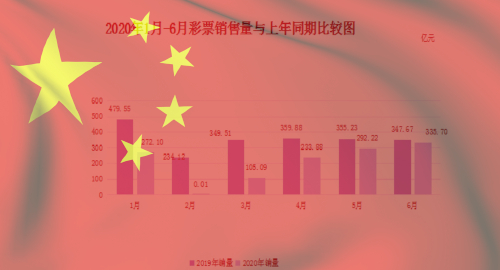 China’s lottery sales have nearly recovered from their lengthy COVID-19 shutdown, with sales in the month of June almost matching those from one year earlier.

China’s lotteries, which suspended sales in January for the week-long lunar new year celebrations, extended that sales halt in February as COVID-19 decimated the city of Wuhan. Lottery operations remained suspended for 49 days, with some markets such as Beijing shut for even longer.

June’s overall sales benefited from the resumption of several international sports competitions, particularly the major European football leagues. Sports lottery sales totaled RMB18.3b, down 3.1% year-on-year but 59% better than the product generated in April. Welfare lottery sales were down 3.9% to RMB15.3b.

Despite the positive momentum, fears are mounting that lotteries could be forced to suspend operations again as China struggles with a second wave of COVID-19 cases. On Sunday, government health authorities announced 57 new infections across the country, its highest score since April. The government also reported 44 new asymptomatic cases, which the government doesn’t include in its overall infection figures.

However, most of the cases were located in Xinjiang province on the country’s far western borders, so the government may wait to see if the infections spread to some of the country’s more centralized and populous provinces before imposing any fresh curbs on lottery operations.

Meanwhile, the government has been urging lottery customers not to make ‘impulsive’ purchases, after some retailers reported their customers now fell into two distinct camps: those that remained skittish about visiting shops to purchase tickets, and those who were intent on making up for lost opportunities during the lockdown. Retailers have been urged to ensure that latter group doesn’t engage in ‘irrational’ activity following the resumption of sports play.