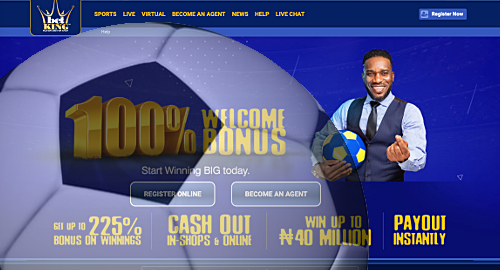 Kenya’s top-flight football league is attracting all kinds of publicity related to gambling operator sponsorship, only some of which can be considered positive.

Last week, Nigerian betting operator BetKing announced that it had struck a five-year title sponsorship deal with the Football Kenya Federation (FKF). The deal, which is reportedly worth Ksh1.2b (US$11.1m), will give BetKing prime exposure in both the Kenyan Premier League (KPL) and the Kenyan Women’s Premier League.

Under the deal, BetKing will pay Ksh220m for the first year of the deal, which takes effect when the new KPL — now the BPL — season kicks off in September. That sum will increase by 5% in year two, with 10% increases over the final three years of the contract.

Individual KPL clubs will reportedly each receive Ksh8m per year through 2025, while the women will have to make do with a total of Ksh10m per year for the whole league. BetKing also inked a separate deal to become the official Division One League title sponsors — the first time the lower tier have had a title sponsor — for a mere Ksh100m.

Questions have been raised as to the legality of the deal, which was negotiated by FKF President Nick Mwendwa, whose authority was supposed to have ended in February. Mwendwa is also feuding with KPL Ltd, the corporation that manages the league’s affairs until September, after which Mwendwa says the contract won’t be renewed.

Mwdendwa has also engaged in some online banter with Ronald Karauri, CEO of Kenyan betting giant SportPesa, which previously served as the FKF’s primary sugar daddy until the company shut its Kenyan operations last year following a prolonged fight with the government over taxation.

SportPesa’s withdrawal from its sponsorship commitments last August left the KPL in a precarious state, with many clubs reportedly having trouble paying their players. But Karauri used his Twitter feed to chastise Mwendwa last week for choosing to sign a deal with BetKing rather than another Kenyan betting operators such as Betika or Odibets.

Mwendwa responded by noting that Kenyan football supported SportPesa “even when you went outside and sponsored others for more than Kenya.” This is a reference to SportPesa’s international sports sponsorships, which at one time included UK football clubs such as Hull City and Everton, the latter deal being the biggest in that club’s history.

Local media claim Gor Mahia is being sued by BetKing for allegedly taking Ksh15m from the bookmaker as partial payment for a planned Ksh30m shirt sponsorship, only for the club to then sign with Betsafe for Ksh50m. Gor Mahia reportedly has yet to return BetKing’s advance and questions are being raised as to why, if the club was sitting on all this extra cash, Gor Mahia players were only paid half their normal salaries last month.

There’s also the not-insignificant matter that BetKing’s KPL title sponsorship requires all clubs to “wear kits bearing BetKing’s logo on their shirts’ sleeves for both their authentic and replica jerseys.” Can these two operators co-exist on the same jerseys? Watch this space…