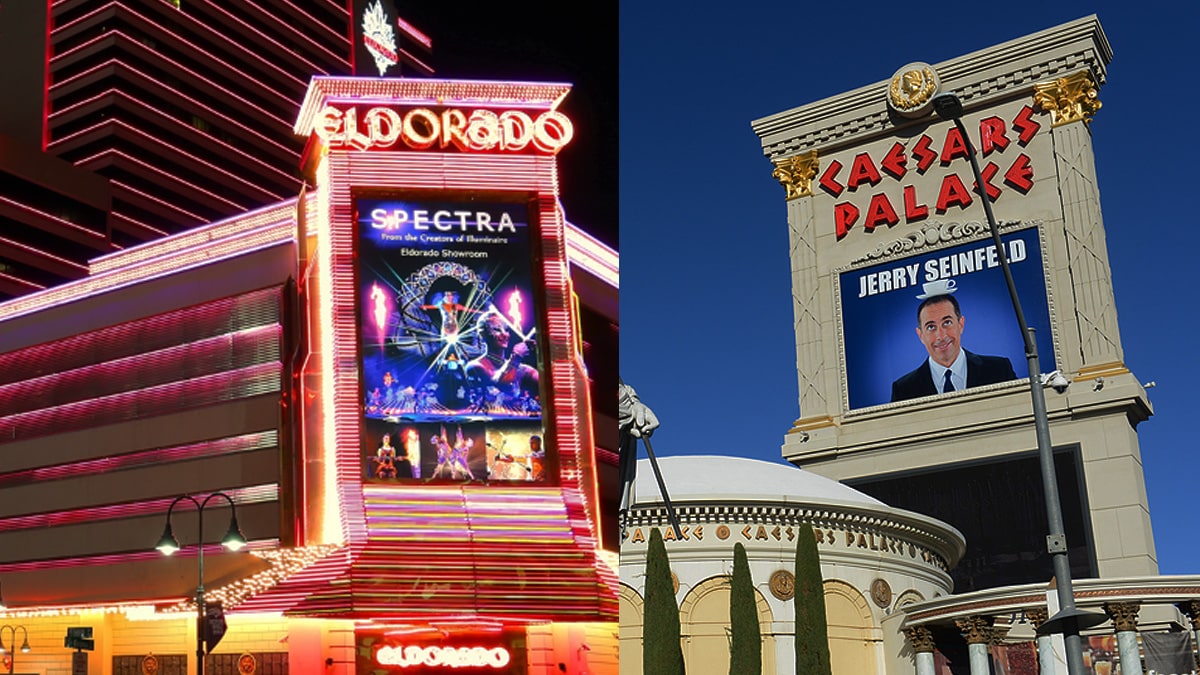 This is probably the last time talk of the merger between Eldorado Resorts and Caesars Entertainment will need to be had. Last Friday, New Jersey gaming regulators signed off on the $17-billion deal, the last approval needed to see the arrangement come to a close. Not wasting any time, the two casino giants signed the final paperwork just one business day later, melding into the largest casino company in the U.S. as of yesterday. Try to visit the former Eldorado Resorts website automatically directs viewers to the Caesars site, where they are greeted with the aptly-stated phrase, “Welcome to the empire.” 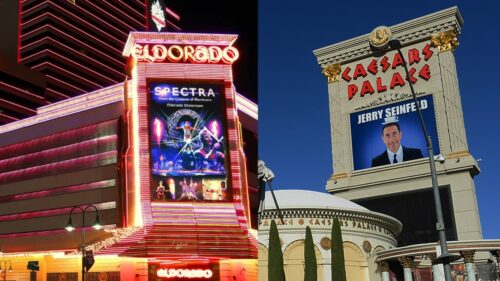 Going forward, Eldorado will no longer exist, with the new company taking the Caesars name, but with former Eldorado executives, including CEO Tom Reeg (now referred to as the CEO of Caesars), running the show. Across the globe, the new Caesars has a total of 55 gambling properties, including eight on the Las Vegas Strip. Some of these will have to be let go in order to facilitate the major reductions in expenses – up to $500 million – Reeg wants to see. In addition, venues will need to be sold off in order to meet requirements established by gaming regulators in certain states who feel that the company would have too much control. Certain deals to offload some properties are already in the works.

Reeg says of the completion of the merger, “We are pleased to have completed this transformative merger, thus making us the premier leader in gaming and hospitality. We look forward to executing on the numerous opportunities ahead to create value for all stakeholders. Additionally, we are pleased to welcome all of our Team Members to the combined company, and we look forward to implementing all of the strategic initiatives that will position the company for continued growth.”

As with any large merger, there will definitely be speed bumps along the way. Specifically, Eldorado has been used to doing things a certain way, as has Caesars. Now, mentalities and business policies will have to shift, and Caesars’ culture will have to be assimilated into that of Eldorado. Employees will have to learn new ways to do their jobs and will have to subscribe to different theories on what is important in making a business successful.

There are other ramifications of the deal that will alter the gambling landscape in the U.S., as well. For example, William Hill U.S., which had an exclusive standing arrangement with Eldorado, is expected to take over all sportsbooks that have been run by Caesars. The casino operator has a sports gambling presence in Indiana, Iowa, Mississippi, Nevada, New Jersey, New York and Pennsylvania, with those accounting for a total of 29 Caesars sportsbooks. William Hill already had about 100 sports gambling spots in Nevada (and other states) – through kiosks or other options – and the addition of the Strip properties is going to give it a huge boost.