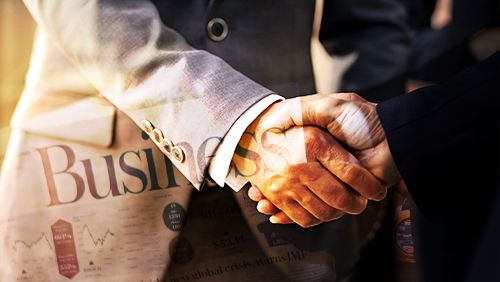 The last remaining state that had to approve the merger between Eldorado Resorts and Caesars Entertainment has spoken up. Everyone was watching as New Jersey was taking longer than expected to reach a decision, but the state’s Casino Control Commission (CCC) issued its ruling on the $17.3-billion deal Friday – three days after beginning to consider the plan in earnest. With the last checkmark on the long list of regulatory approvals received, the U.S. could soon have its largest casino operator ever by the end of this month.

At the center of the concerns from New Jersey was the fact that the entity would have four of the nine casinos in Atlantic City once the merger is complete. Regulators were apprehensive that this much control would be detrimental to the success of all the casinos, and that the new operator would try to exert its heavyweight status on the city and the competition. However, by the time the discussions were over, the CCC felt that those concerns may have been exaggerated, and its chairman, James Plousis, explained, “Eldorado executives have been honest about the challenges that lie ahead and acknowledged the importance of Atlantic City to their success.”

Eldorado has agreed to remove deed restrictions that exist on three Atlantic City properties that are under Caesars’ control – the former Atlantic Club Casino Hotel, The Claridge hotel and the Showboat Hotel Atlantic City. In doing so, the company is opening up the opportunity for another operator, or operators, to grab a place on The Boardwalk and bring gaming to any of the three. In addition, the expected sale of Bally’s to Twin River Holdings will be completed, which will reduce the company’s gaming footprint to three properties in the state.

Once the paperwork is signed and the dust settles, the gaming operator, which will carry the Caesars name but be run primarily by Eldorado brass, will have 52 venues in 16 states. However, additional properties will have to be sold in order for Eldorado to meet its target purchase price, and there could as many of three Indiana and two Nevada properties that are put up for sale. Investors behind Eldorado will maintain 56% control of the new entity.

The fact that all states in which the two companies operate have signed off on the merger has been good news for Eldorado’s stock, which is an added benefit that it can certainly use right now. On February 20, it was trading at $69.47 for this year’s high. After that, it plummeted to a low of $7.10 on March 18. It still has a long way to go to reach pre-coronavirus levels, but is now at $38.10, as of last Friday, which is a huge step in the right direction.

Things should continue to get better, too. Jared Shojaian, an analyst with Wolfe Research, had previously given Eldorado a target of $56 for the rebound. However, thanks, in part, to the successful approval of the merger, he has lifted his 2021 year-end forecast to $63, adding, “We knew trends were performing well, but the data is impressive and still better than we expected, and so we raise estimates and our target price.”