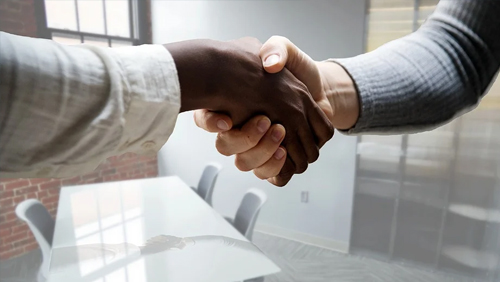 There was never any major doubt that Eldorado Resorts and Caesars Entertainment would be able to consummate their marriage, but there certainly have been a couple of touch-and-go moments. The waiting is now almost over as the two casino giants tackle their last remaining approvals and it seems that everything could be smooth sailing from here on in. Nevada regulators signed off on the deal last week, leaving only New Jersey and Indiana to weigh in. New Jersey regulators will discuss the issue in a couple of days, but Indiana has formally said yes, all but locking up the anticipated merger. However, The Indiana Gaming Commission (IGC), in giving its approval, threw in a catch.

The IGC got together last Friday to vote on whether or not the creation of the largest casino operator in the U.S. through the melding of Eldorado and Caesars was a good idea. So far, no state where either of the two companies operates has said no, but Indiana had raised some concerns that put the odds of the state greenlighting the merger a little longer. The Indiana Racing Commission (IRC) still needs to speak up before anyone can say that the state is locked in, but there shouldn’t be too much resistance if Eldorado and Caesars agree to make a few changes.

If the merger were to take place today, the resulting company, which will carry the Caesars name, would have five properties in Indiana – Horseshoe Hammond, Caesars Southern Indiana, Tropicana Evansville, the Indiana Grand and Harrah’s Hoosier Park. The last two on the list offer horseracing, and, as a result, the IRC gets to offer its input on the merger. The IRC has voiced some doubts over the horseracing experience of the two companies, but those concerns will be allayed.

When the IGC signed off on the merger request, it did so with the knowledge that the resulting company would control about 60% of the revenue of the state’s casino market. As of this past January, the five properties had an aggregate total of 45.5% of Indiana’s more than 17,200 slot machines and about 49.4% of the state’s table games. In order to keep the new operator from having too much control, Eldorado and Caesars are going to have to unload three of its properties before 2021 comes around, or the IGC could back down on its approval of the deal.

That means that some big changes to the state’s gambling landscape are coming and there are undoubtedly several operators beginning to crunch numbers to see how they might be able to scoop up one or more of the venues – not an easy task after the monumental economic losses suffered because of the coronavirus. Still, there are certainly a handful of companies that have resources to be able to vie for the operations.

The obligations don’t end there, though. Given the propensity for companies to downsize after mergers, the IGC put in some protections for employees. Barring any major catastrophe, such as a meteor slamming into the state, Eldorado and Caesars have to agree to keep the same employment levels at the remaining three properties for three years. This doesn’t mean that there can’t be shifts in numbers, but they’ll have to be thin, and the IGC will get together with casino executives to address the finer details of how it envisions the employee protection plan working.