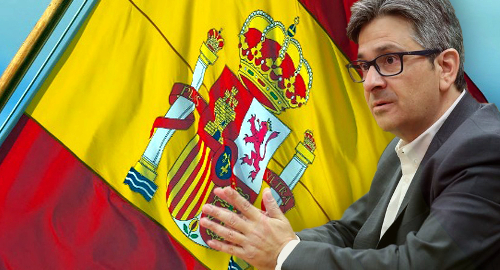 Arana said Spain was already suffering from an “excess of publicity” of gambling products prior to the country’s COVID-19 lockdown but the enforced confinement of Spaniards of all ages convinced the masses that advertising levels were “a real exaggeration” of what was desired.

Arana justified the government’s plan to eliminate welcome bonuses because “the main percentage of new players is the age range of 18 to 21 years,” whose personalities are “unfinished” and are therefore “more likely to react to advertising and have problematic consumption.”

As for the ban on gambling operators inking deals to put their brands on sports jerseys or stadiums, Arana claimed there were “millions more sponsorships” other than gambling that sports clubs could sign. Arana singled out La Liga’s Real Sociedad as a football operator without a gambling sponsorship that somehow managed to be “financially solvent.”

Arana argued that the government had sent plenty of signals regarding its sponsorship intentions and thus clubs have had plenty of time to prepare for the new reality. Arana also challenged football clubs as to if they don’t see an “obvious” conflict of interest in bookmakers sponsoring sports. Arana claimed this conflict “is so evident that it does not hold even 30 seconds of discussion.”

Arana expressed equal disdain for the losses that media companies will suffer from lost advertising revenue, saying “ten years ago there was no advertising for [Spanish-licensed] online operators and the media existed.” Arana said there might be some “anxiety” at first but media outlets will “have time to adapt and to look for other financing formulas.”

Spain plans to follow the UK’s lead by banning gambling with credit cards, while mulling a similar ban on the use of debit cards and imposing a cap on online gambling deposits. While Spain would like to enact these restrictions next year, Arana acknowledged that this will require discussions with banks and operators, which could affect the timeline.

Spain’s gambling trade groups have warned that the proposed promotional limits will only succeed in channeling Spanish gamblers away from locally licensed sites to internationally licensed alternatives. This view was reflected in a Friday release by the European Gaming & Betting Association, which called Spain’s plans “highly counterproductive” to the government’s stated aims.

Arana admitted that unauthorized online gambling had been increasing its market share over the past two years but there’d been no “significant” increase in the pace of this growth during the COVID-19 lockdown.

Arana further claimed that the “threat that anything that regulates the legal market implies an increase in illegal gambling is not real.” Arana warned operators that gambling “must be regulated, regardless of whether parallel sectors may arise.”

MOVE ALONG, NO LOTTERY FAVORITISM TO SEE HERE

Arana claimed that the advertising carveouts for the state-run lottery operators SELAE and ONCE wasn’t a case of favoritism because these were non-profit operations. Arana also claimed that lottery winnings were “deferred” and thus less likely to produce “problematic consumption.” (Arana is either willfully ignorant of or keen to play down local lotteries’ reliance on instant-win scratch cards.)