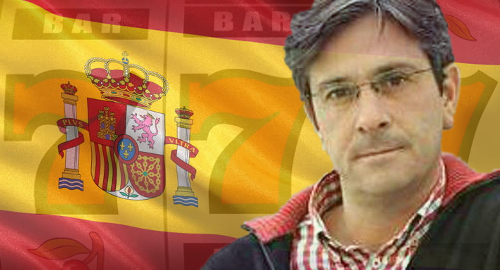 Spain has appointed a new gambling regulatory boss amid a shakeup at the government ministry responsible for overseeing the sector.

On Tuesday, Spain’s Dirección General de Ordenación del Juego (DGOJ) gambling regulator confirmed that Mikel Arana, a lawyer, academic and former legislator from the Basque region, would take over as head of the DGOJ from Juan Espinosa, who has been in control of the DGOJ since 2016.

The switch follows a restructuring at the Ministry of Consumer Affairs, and a Royal Decree issued on May 1 that said the government “considers it necessary to exempt from the reserve for public officials the appointment of the head” of the DGOJ.

The government stated that it’s important for whoever heads up the Ministry’s various sub-branches to have “previously demonstrated a professional career, in the public or private sector, that accredits the qualification and experience necessary for the management of a sector and specific economic agents.” It’s unclear from his background precisely what specific skills Arana (pictured) may be bringing to the table, other than his role as an economic auditor.

The Ministry recently unveiled new temporary advertising restrictions for gambling operators to ensure they don’t take advantage of individuals at home on pandemic lockdown. The rules essentially mirror the long-term restrictions that Minister Alberto Garzón unveiled in February, and against which Spain’s gambling operators are desperately pushing back. The DGOJ announcement of Arana’s appointment highlighted the advertising issue as the most immediate ‘challenge’ facing the new chief.

The DGOJ claimed Espinosa was leaving “on his own initiative” and wished him well in his future endeavors. Espinosa issued a letter wishing his successor well, expressing confidence that the DGOJ “will be even more useful to society” under Arana’s leadership.

Espinosa also addressed members of the industry he oversaw, which he described as “a serious and professionalized ecosystem, an employment engine, rich in technology and, above all, in human capital.”

Espinosa added that he was leaving his post “reinforced in the conviction that a socially integrated and sustainable sector of the game is an indicator and, in fact, a reflection of a mature society in its globality, whose individuals exercise their freedoms responsibly.”