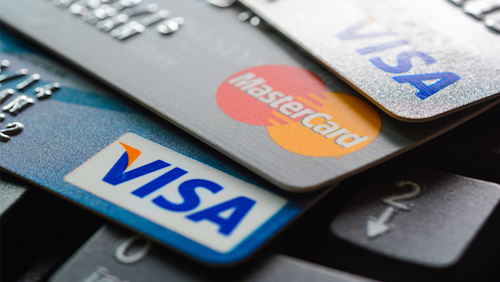 The United Kingdom’s Gambling Commission (UKGC) has been signaling for some time now that it may go after credit cards in an attempt to protect problem gamblers. They announced they will do just that on January 14, declaring the payment option will be banned for most gambling purchases, while also mandating that online operators take part in a self-exclusion scheme.

The big news for U.K. gamblers will be the credit card ban. Effective on April 14, using a credit card on most forms of gambling will be illegal in the country. The only exceptions are for non-remote lotteries, where payment is made face to face, and National Lottery and society lottery tickets bought at retail locations, which would be difficult to police as they can be bought along with every day shopping items.

“Credit card gambling can lead to significant financial harm. The ban that we have announced today should minimise the risks of harm to consumers from gambling with money they do not have.

“Research shows that 22% of online gamblers using credit cards are problem gamblers, with even more suffering some form of gambling harm.

The release also notes how many people this is expected to impact. “24 million adults in Great Britain gamble, with 10.5 million of those gambling online. UK Finance estimate that 800,000* consumers use credit cards to gamble.”

In the footnotes of the announcement, the 22% figure McArthur cites starts to become questionable. That figure comes from a March 2019 study which found, of 2000 adults surveyed online, 150 had reported using a credit card to gamble online. So because 33 people out of a potential 800,000 reported a gambling problem, in a single study, that’s enough to ban the option for everyone.

For McArthur, the decision to inconvenience hundreds of thousands was well worth it. “We realise that this change will inconvenience those consumers who use credit cards responsibly but we are satisfied that reducing the risk of harm to other consumers means that action must be taken.” he said.

Of course, anyone who’s met a problem gambler will know that losing convenience won’t stop them from pursuing the option. Easy credit now taken away, they may have to turn to other, potentially more dangerous ways of coming up with money for their addiction.

This decision comes after a July, 2019 open consultation with the public. At the time the 12 week consultation started, the UKGC was already messaging that it hoped to find evidence that a credit card ban would be necessary. The inevitable conclusion of a credit card ban became even clearer when Boris Johnson’s Tories promised a crack-down on credit card misuse in gambling ahead of last year’s election.

This may be the push that some gamblers and operators need to start looking at Bitcoin SV (BSV) as a payment option. Not only is it as fast and easy as credit cards, but it’s transaction fees are much smaller, and it carries none of the money lending problems U.K. regulators suddenly have a problem with.

For the few who are willing to admit that they may have a problem, the UKGC has also announced they have made participation in their multi-operator self-exclusion scheme, GAMSTOP, mandatory for all online providers.

By admitting to a problem with GAMSTOP, a gambler will self-exclude themselves from more than 200 online operators. McArthur noted:

“By the 31 March all online operators will be required to participate in the multi-operator self-exclusion scheme. Although the vast majority of operators are already participating in GAMSTOP this will make the coverage comprehensive.”

Culture Minister Helen Whatley supported the move, saying, “By making it a regulatory requirement for all online gambling websites licensed in Great Britain to sign up to Gamstop. I am confident that people who have taken the significant step to opt out of gambling will be well supported, alongside a wide range of other tools.”

For those hoping that their credit cards may one day work again on their favorite gambling site, there’s just a glimmer of hope. “We will evaluate the ban and watch closely for any unintended circumstances for consumers,” McArthur said.