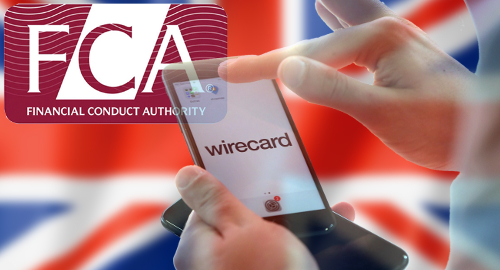 On Wednesday, the Times reported that the UK’s Financial Conduct Authority (FCA) was warned last year that Wirecard was linked to a ‘transaction laundering’ network of websites purporting to deal in commercial goods but actually processing payments for European online gambling operators, including some who did business with American bettors.

The Germany-based Wirecard collapsed last month after it was found to have been fudging its books to create an extra $2.1b in reserves that didn’t actually exist. The company filed for insolvency and its former CEO Markus Braun was arrested on suspicion of market manipulation and false accounting.

In 2017, Reuters reported that seven Europe-based eCommerce sites had been facilitating payments for online gambling operators that catered primarily to US customers. The transactions were processed through Berlin-based Deutsche Payment.

The Times claimed that both Deutsche Payment and the bogus eCommerce sites were owned by UK companies with links to Wirecard staff. Moreover, the FCA was informed of these links in April 2019 by Fraser Perring, an investor with a short-selling position in Wirecard, yet the FCA apparently took no action.

Wirecard’s early involvement in the online gambling sector wasn’t exactly a secret. In 2016, former Wirecard exec Dietmar Knoechelmann was convicted for his role in an Israeli banking scandal involving false coding of payments on behalf of US-facing gambling sites between 2008-2010.

In 2017, Wirecard was among the German financial institutions fingered as facilitating payments for online casino operators serving the local market without local permission. Earlier this year, Chinese authorities imposed a record fine on a local processor that was 80% owned by Wirecard for moving money on behalf of gambling sites catering to Chinese punters.

In March 2019, the Financial Times reported on Wirecard’s links to a string of ‘third-party acquirers,’ aka online businesses that engage in legally sketchy activity with which Wirecard didn’t want to be linked but on whose transactions Wirecard was happy to collect commissions.

Meanwhile, the spotlight has now turned to Ernst & Young, the auditing firm that signed off on Wirecard’s financial results for three years running despite there being no real proof that the $2.1b in bogus reserves ever existed. German banking regulators are under similar suspicion of not being terribly interested in Wirecard’s antics until the fiasco blew up in their faces.

Wirecard’s implosion pokes yet another hole in the myth that ‘regulated’ markets somehow offer greater protections for consumers. In the end, all they can really offer is the assurance that the barn door will be firmly shut after the cows have fled, at least until the next time.

At the end of the day, companies are either going to conduct themselves with integrity or they’re not. But it would help if their reserves could be independently verified by some miraculous technology that didn’t entirely depend on lazy and/or pliable officials doing their damn jobs.