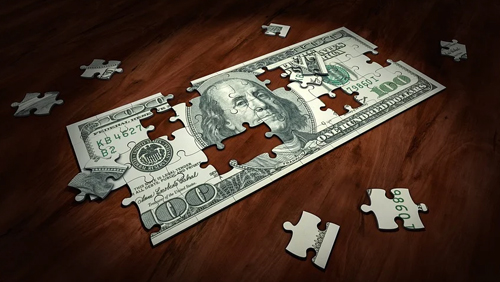 A lot of people like to accuse the cryptocurrency space of being nothing more than a haven for fraudulent activity. While there’s no denying that there have been plenty of scams and failed schemes in the sector, it certainly isn’t alone. The fact that a major fiat payments platform can suddenly come up short by billions of dollars shows that the fiat sector is no better off than crypto. Wirecard, a Germany-based payments processor that has served the gambling industry and others somehow managed to misplace $2 billion in funds, and has now been forced to file for bankruptcy.

Wirecard had a good run, an established company that had attracted a lot of attention and began working with a number of important clients around the world. However, it was revealed last week that $2.1 billion was missing from its balance sheet following an investigation led by The Financial Times that started last year. It’s a major embarrassment both for the company, as well as Germany’s financial regulator, BaFin.

The company’s CEO, Markus Braun, has already been arrested for allegedly cooking the books and showing false data on Wirecard’s balance sheet. He had been in charge of the company for 18 years and was responsible for taking it to new heights, including a spot on the DAX 30 index. However, Braun was reportedly able to pull the wool over everyone’s eyes, and the financial health of the company was nowhere near as strong as he had made it seem.

The missing money is reportedly held in two banks in the Philippines, according to Wirecard. However, both banks have denied any relationship with the company, and it has now been revealed that the “evidence” showing the connection with the banks had been completely fabricated, possibly with assistance from someone inside the financial institutions. Now, the Philippines wants Wirecard’s former chief operating officer, Jan Marsalek, to appear before officials in order to try to get to the truth. Marsalek was fired from Wirecard earlier this week and is reportedly already in the Philippines.

Investors who weren’t able to move quick enough are out millions of dollars. Wirecard’s stock was trading at over $112 last week, but is now hovering at just above $2. Compounding the company’s problems, the missing $2.1 billion is just a part of what could be a total of $4 billion that Wirecard owes, according to Reuters.

Everyone wants to know how Wirecard was able to manipulate the system so easily for so long. Calls for BaFin to be held accountable are starting to surface, and German Finance Minister Olaf Scholz looking to make changes. He states, “We must rethink our supervisory structures. If legal, legislative, regulatory measures are needed, we will embrace them and implement them. A scandal like Wirecard is a wake-up call that we need more monitoring and oversight than we have today.”