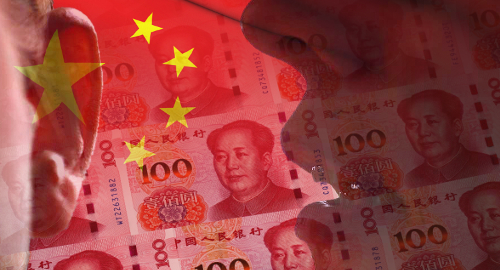 Snitches gets stitches, unless they’re online gambling snitches in China, in which case they make bank.

This week, the Public Security Department in China’s Jilin province announced a trial of ‘Implementation Measures for Rewards for Reporting Cross-Border Gambling Crimes,’ in which individuals who report ‘international gambling crime clues’ are eligible for payments of up to RMB50K (US$7K).

The desired ‘clues’ involve both land-based (for example, finking on agents who incentivize mainland Chinese to travel abroad to casinos in jurisdictions other than Macau) and online operations (finking on agents who handle financial transactions on behalf of international gambling sites, or companies that offer technological assistance to or promotion of said sites, etc.).

To earn the highest payouts, finks’ tips must lead to enforcement actions against the individuals and companies involved, preferably with criminal convictions for those arrested and brought to trial.

It’s unclear how long Jilin’s trial run might last, nor how many other provinces might choose to follow Jilin’s lead. It’s perhaps worth noting that Jilin shares a border with Russia’s far east, and is very close to the Primorye gaming zone where the Tigre de Cristal casino is soon to be joined by the region’s second gaming venue.

Meanwhile, the anti-gambling actions of the People’s Bank of China (PBOC) show no signs of letting up. The PBOC, which recently liaised with other government ministries to crack down on cross-border gambling transactions, has now announced pilot programs to scrutinize large-scale cash transactions in Hebei and Shejiang provinces, as well as the city of Shenzhen in Guangdong province.

The PBOC originally announced these plans last November and has spent the past seven months gathering evidence. The two-year pilot programs will focus on personal accounts whose transactions exceed RMB100k ($14,110) per day in Hebei, RMB200k in Shenzhen and RMB300k in Zhejiang.

All business account transactions over RMB500k will also need to be registered. The changes take effect on July 1 in Hebei, with the other two jurisdictions joining the party in October.