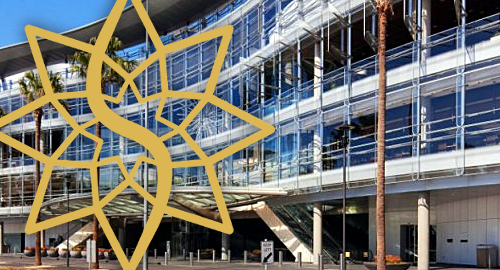 Australian casino operator The Star Entertainment Group is reopening its flagship Sydney property after securing a new tax deal and a casino monopoly on electronic gaming machines (EGM) in the Sydney market.

On Monday, The Star announced that it had received approval from the state of New South Wales for a ‘restricted opening’ of its eponymous Sydney casino as of 4pm local time. The Star shut its Australian venues in mid-March after the government ordered the closure of all ‘non-essential’ retail operations to minimize further COVID-19 spread.

Initially, attendance at the reopened casino will be limited to “up to 500” members of the casino’s loyalty club on an invitation-only basis. The invitations are apparently only going out to VIPs, as the reopening involves only its “private gaming rooms” and up to 12 food & beverage venues, all of which will be operating under new health and safety restrictions.

The reopening comes as something of a surprise, as the original closure order suggested that all bars, restaurants, clubs and casinos would remain shut for “at least six months.” A few days later, The Star laid off 90% of its staff – around 8,100 individuals – to conserve financial liquidity for what was expected to be a potentially fatal period of inactivity.

The Star used the downtime to its advantage, announcing Monday that it had secured a new 20-year agreement on its Sydney casino’s gaming taxes. VIP gambling revenue, both international and domestic, will continue to be taxed at its current rate 10%. Mass market table revenue up to AU$780m will be taxed at 27.5% in fiscal 2021, rising to 29% after that through 2041.

The Star has also managed to secure a casino monopoly on EGM in Sydney, which will leave its rival Crown Resorts with no EGM business when its VIP-focused Crown Sydney property soft-launches in December. Should NSW double-cross The Star and allow Crown to offer EGMs, The Star will be entitled to unspecified financial compensation.

The Star also wrangled a commitment that, should NSW make “material changes to key regulatory arrangements applicable to The Star” at any point before June 2041, The Star will be entitled to additional financial compensation.

There are “certain stated exceptions” to this clause, but the “main triggers” for compensation are changes to the number of gaming positions – currently set at no caps on tables or ‘stadium’ style multi-player EGM, and a 1,500 cap on EGM – as well as 24/7 operating hours and no caps on jackpots and prizes.

Crown has yet to indicate when it might reopen its Australian properties in Melbourne or Perth, or whether it secured any new perks during its extended downtime.