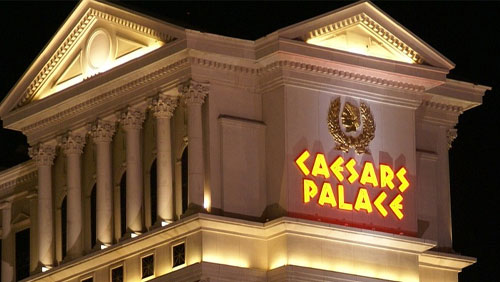 The expected melding of two of the largest casino operators in the U.S., Caesars Entertainment and Eldorado Resorts, is going to take a little longer to be completed. The merger of the two companies has been in the works already for quite some time, and they have been making their rounds across the country to get the necessary approvals. Nevada, Indiana and New Jersey are three of the last states where regulators need to sign off on the deal, and it now appears that New Jersey won’t be ready to debate the issue for at least another month. The New Jersey Casino Control Commission (CCC) will meet in a week, but the merger is not included on the agenda.

The coronavirus has shifted priorities across the U.S., as well as the world, and New Jersey is no exception. High-level, important meetings have been delayed or canceled, and the Garden State has already pushed back the merger discussions once. Previously, it was thought that New Jersey gambling regulators might be able to reach a decision on the subject sometime last month. However, that goal came and went without the topic even becoming a blip on the regulatory radar.

Next up, it’s possible that the CCC could decide to hold an emergency meeting to discuss the merger sometime later this month. Alternatively, it might just opt for the topic to be tabled until July, which would be the same month that casinos are expected to reopen in the state. It isn’t clear which direction regulators may lean.

The problem with New Jersey is that its casino industry is in a veritable state of disarray. Casino revenue has been sporadic and the local political scene offensive. The Eldorado/Caesars deal has far-reaching implications that require a lot of discussion in the state. If the deal is approved, the newly-formed company will be the largest casino operator in the U.S. and will control four of nine casinos in Atlantic City. This has led some to raise concerns over the new entity being able to set the gambling rules in the city.

The alternative would be for Caesars and/or Eldorado to get rid of a property; however, no one wants Atlantic City to decrease the number of available casinos, especially since it needs all the revenue it can get. In an effort to make everyone happy, Caesars sold its Bally’s Atlantic City property to Twin River Worldwide Holdings in April in a deal worth $155 million that included two other properties – Eldorado’s Eldorado Shreveport Resort and Casino in Louisiana and the MontBleu Resort Casino & Spa in Nevada.

It isn’t clear when Nevada and Indiana will address the merger, either. Neither of these states is expected to cause major issues for the deal, which has now been in the works for more than a year. The Nevada Gaming Control Board and the Nevada Gaming Commission will meet this month on June 10 and June 25, respectively, but there has been nothing concrete regarding whether or not the merger will be on the agenda for either group.