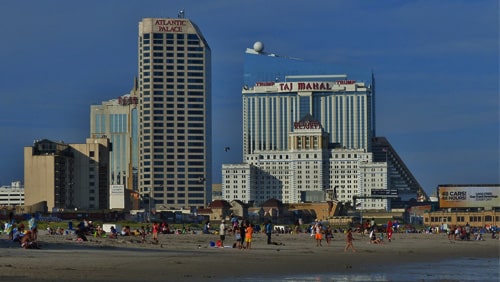 A group of business owners, including some casino heavyweights, in Atlantic City (AC), led by the political action committee AC Residents for Good Government (ACRGG), are hoping they can oust Mayor Marty Small and the current City Council structure. They would prefer to see just a city manager and a small council managing the city’s affairs and, of course, would make their own determination on how those individuals would be. If the results of a special election held this past Tuesday are any indication, the odds of the group getting its way are very long. The initial results show overwhelming support for the status quo, and little support for the opposition.

The voting took place through mail-in ballots because of the coronavirus pandemic, and was meant to serve as a gauge to determine whether or not a larger vote would be needed. According to what election officials have released, ACRGG is fighting a losing battle, as there were 3,275 votes that turned down the effort to change the city’s government, compared to just 985 approvals for the measure. Mayor Small didn’t waste time expressing his excitement about the results, turning to social media to state, “With about 2,000 more votes to count it will get uglier. I’ve never been more proud of our town. NO MEANS NO. THIS IS OUR CITY.”

Votes will be accepted through today, so there’s a chance that more yes votes will be seen. However, support to overthrow the local government would still be short, and the ACRGG now realizes that it may have been blinded by the potential power grab. Led primarily by the owner of Resorts Casino, Morris Bailey, and Unite Here Local 54 union president Bob McDevitt, the group has recognized its chances of success are almost nil, and McDevitt said in a press release, “After the first night of counting the ballot it is clear that the referendum to change the government structure in Atlantic City will be defeated by a wide margin, even though counting continues. We congratulate the opposition to this question and thereby concede defeat.”

The results must have come as a shock to the politically-motivated group. In order to seek changes to the government’s structure, it had to first request a ballot entry for the issue to be discussed publicly. For that to happen, a signature-gathering initiative, standard for almost any change involving politics was conducted and the ACRGG managed to collect 3,033 signatures for its cause. However, when push came to shove, it seems that many of those who signed their name on the list may have done so either not knowing what they were signing, or not caring.

Mayor Small will hang onto his position for now, but he can still be released – just not in exchange for the ACRGG. The Democratic and Republican primaries are coming up in July, after having been delayed due to COVID-19, and Small will need to convince the public that he deserves to be the Democratic candidate, and will then have to win against any other candidates this November.