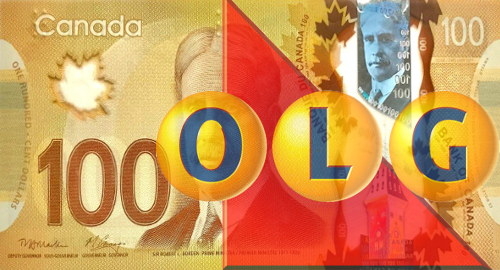 Ontario’s provincial gambling monopoly has been offered a half-billion dollar lifeline from the local government to ensure it can ride out the COVID-19 closure of its land-based casino operations.

On Monday, the government of Canada’s most populous province confirmed that it had provided a C$500m (US$357m) line of credit to the Ontario Lottery and Gaming (OLG) gambling monopoly. Finance Minister Rod Phillips – who formerly served as OLG CEO – said the funds were intended to “temporarily support OLG’s operational costs and help meet its contractual obligations over the short-term.”

On March 15, OLG announced an “orderly shutdown” of all its land-based casino operations due to the pandemic. OLG operates 26 casino and slots facilities, most of which are under day-to-day control of third-party operators. OLG spokesman Tony Bitonti told The Record that the closures had “reduced OLG revenue streams by more than half.”

OLG is a major contributor to the provincial budget, having anted up C$2.3b in the 2019-20 fiscal year but Philipps warned in March that the COVID-19 mitigation efforts meant OLG’s contributions would likely fall to just C$809m in 2020-21.

Phillips’ office said the half-billion dollar cushion will ensure that OLG’s casinos “can resume quickly and generate revenues” on which the province relies. Phillips’ office also said it was “confident that OLG will be able to repay its line of credit once the government loosens emergency measures.”

Ontario is one of three provinces that has launched a full-spectrum online gambling offering, although the PlayOLG site has so far lagged its counterparts in British Columbia and Quebec, despite Ontario’s population being larger than those two provinces’ combined headcounts.

In late-March, OLG warned lottery customers that PlayOLG was “experiencing record traffic recently” as players looked for alternatives to squeezing into a local convenience store where social distancing was nigh on impossible.

Stephen Rigby, who succeeded Phillips as OLG president and CEO, announced in March that he would exit the role this summer. Rigby’s tenure was controversial, in part due to his willingness to embark on an expensive (and unnecessary) office redesign, just one of the many examples of his questionable use of public funds.

Rigby’s salary nearly doubled during his time at the helm, finishing with the princely sum of C$765k per year, to which he will add a C$847k severance package. While OLG’s revenue increased under Rigby’s watch, net income declined in fiscal 2019-20.

OLG TRIES TO PULL FAST ONE ON TRIBES, LOSES

OLG recently came out on the losing end of a court fight with the provinces’ First Nations, who cried foul when OLG unilaterally opted to amend a 2008 agreement to share casino gaming and non-gaming – hotel and food/beverage – revenue with the tribes.

The shift came during OLG’s ‘modernization’ plan of the last decade, which saw OLG transfer day-to-day management of casinos to private operators. In doing so, OLG opted to let the private firms keep all the non-gaming revenue, but OLG didn’t actually inform the tribes, who learned of the decision through a footnote in OLG’s 2016 audit statements.

The Ontario First Nations Limited Partnership (OFNLP) challenged this decision in court, saying OLG’s unilateral move would cost tribes over C$100m in lost revenue per year. OLG argued that the private operators had a mandate to grow casino gaming revenue, and thus the tribes’ overall take would rise despite the loss of the non-gaming revenue share.

In 2019, a three-judge arbitration panel sided with the tribes, saying OFNLP had “bargained for all three streams of revenue” and, even if gaming revenue increased, “this does not create a contractual entitlement to stop paying the other two.” In March 2020, the Superior Court of Justice upheld the panel’s ruling.