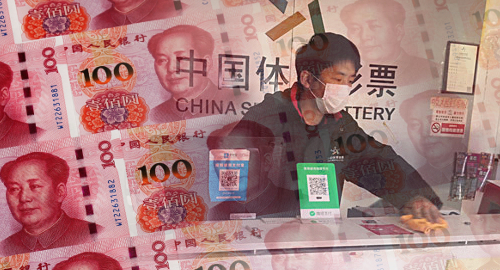 China’s lottery revenue slowed to an absolute trickle in February after the suspension of all sales, which still haven’t resumed in the country’s capital Beijing.

Figures released by China’s Ministry of Finance show lottery sales totaled just RMB1m (US$141k) in February, down from RMB28.1b in the same month last year. Lottery operations were suspended in January for the Lunar New Year holiday but that suspension was later extended due to the outbreak of the COVID-19 pandemic.

That shutdown eventually stretched to 49 days, encompassing the entire month of February. As such, it’s unclear exactly how the lottery generated that RMB1m. Lottery sales began to resume in limited capacity by mid-March and resumed in Hubei province – the original epicenter of the pandemic – by the end of the month, with Hubei’s capital Wuhan resuming sales on April 8.

Some Chinese provinces have launched campaigns to alert lottery customers to the resumption of lottery operations, including billboards detailing the ways in which lottery funds support charitable causes, effectively painting lottery purchases as something of a patriotic duty.

Hubei’s provincial government went as far as to commemorate the resumption of sales by donating the first physical ticket sold to a local museum as a ‘testimony to the fight against’ COVID-19.

Sales have yet to restart in Beijing as the authorities appear intent on minimizing any second wave of COVID-19 infections, particularly in the nation’s capital where much of the international media’s local operations are based.

In the meantime, Beijing officials have urged local lottery players to be patient and to “refuse ‘black’ lotteries and stay away from illegal gambling.” China’s Ministry of Public Security recently launched a new campaign against internationally licensed online gambling sites, including a new focus on ‘underground banking’ to disrupt the flow of money to and from such gambling sites.

State-run lotteries in Western countries have also seen their retail sales plummet due to social distancing requirements, leading some to reconsider their former opposition to online lotteries. China suspended all online lottery operations five years ago in a bid to stamp out official corruption and has yet to indicate if/when it intends to resume online sales.