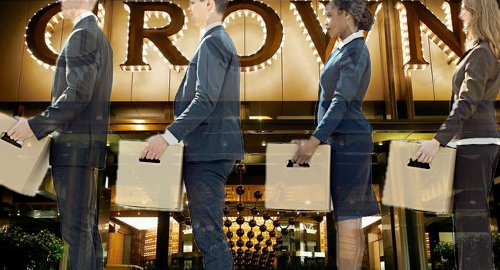 On Thursday, Crown announced that the government-ordered shutdown of gaming activities and other non-essential services at its Crown Melbourne and Crown Perth casinos on March 23 had forced the company to “substantially reduce its workforce.” Only employees in “business-critical functions” remain on the job.

The company said it has “progressively stood down, on either a full or partial basis, approximately 95% or over 11,500 of its employees.” Crown has attempted to soften the blow by making an ex gratia payment of two weeks’ pay to full-time and part-time employees who’ve been stood down, while eligible casual workers will get a lump sum payment of AU$1,000.

In an attempt to demonstrate that the pain is being felt at all levels, Crown CEO Ken Barton and “certain other senior management” are taking 20% pay cuts until June 30. Crown’s chair and board of directors are also taking 20% cuts for the same duration.

Crown has struck new credit deals with banks worth AU$560m and agreed to terms with three banks for AU$450m to ensure completion of the company’s Crown Sydney project. Construction of the AU$2.2b venue is proceeding as planned with a projected hotel opening by the end of 2020.

Crown said the cost-cutting moves will reduce its underlying operating cash costs by AU$20m-$30m per month. Crown has about AU$500m of cash on hand and says it can access a further AU$1b in additional credit facilities.

Barton said the layoffs were “tough but necessary” and had left Crown “well placed to withstand an extended period of closure.” Sacked staffers probably didn’t appreciate Crown saying it would issue its interim dividend as planned on April 17.

The carnage isn’t limited to casino operators. Lottery and betting operator Tabcorp Holdings laid off over 700 staff last week as its retail betting points in pubs and clubs are inaccessible by the public.