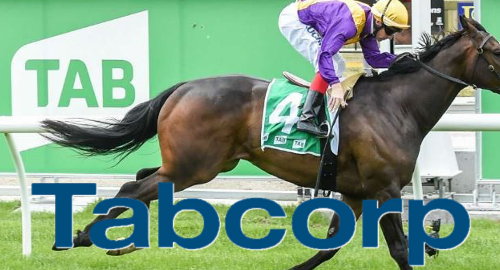 Australian lottery and betting operator Tabcorp Holdings is laying off over 700 staff to mitigate the impact of the COVID-19 pandemic on its operations.

On Tuesday, Tabcorp announced several measures intended to blunt the impact of COVID-19 on its bottom line, including the “temporary standing down of over 700 Tabcorp employees to 30 June 2020 in businesses of the Group where there is no work as a result of COVID-19 shutdowns.”

Last month, Tabcorp lost the use of many of its TAB betting agencies following the government’s order to close most public entertainment venues. TAB retail operations outside these venues were further impaired by the suspension of most major sports leagues.

Tabcorp says affected employees can access their accrued leave benefits, and the company is exploring its eligibility for the federal government’s Job Keeper Wage Subsidy, which provides AU$750 per week for up to six months for companies that qualify.

Tabcorp is also requiring unaffected full-time staff to take “at least one day of leave per week” from now until June 30. Tabcorp is also making an “initial reduction” of around 40% of its technology contractors.

Tabcorp’s executive ranks aren’t escaping the cuts, with CEO David Attenborough agreeing to cut his remuneration by 20% until June 30. Members of Tabcorp’s board of directors are taking a 10% cut on top of the 10% cut they agreed to last September.

Tabcorp’s situation would be even worse were it not for the fact that Australia’s racing industry has bucked the global trend by carrying on with its events, albeit ‘behind closed doors’ with only essential personnel in attendance.

Tabcorp’s lottery operations at newsagents, convenience stores and other outlets are also carrying on more or less as usual. Ditto for its digital wagering channels, although the company likely wishes it had completed the migration of Tatts Group’s UBET customers to a single integrated betting platform ahead of schedule.

TAB’s digital business suffered an own goal this weekend after its Cash Out product offered seriously generous rates ahead of the last leg of some ‘quaddie’ bets (four-leg parlays). After realizing its error, Tabcorp was forced to freeze 1,300 betting accounts in an attempt to prevent more punters from withdrawing their ill-gotten gains. Tabcorp’s Cash Out function was inoperable Sunday while its technicians tried to uncover the source of the glitch.