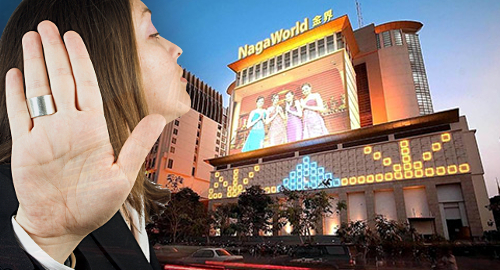 Cambodia’s largest casino operator is pushing back hard on media reports that one of its staff has tested positive for the COVID-19 coronavirus.

This past weekend, Cambodia’s Ministry of Health announced that it had confirmed two additional cases of COVID-19 infection in the nation’s capital Phnom Penh. The Ministry said one of these infections was a 50-year-old Canadian male working in a Phnom Penh casino.

Since the only legal casino in the capital is NagaCorp’s sprawling NagaWorld facility, local media began reporting that the infected casino staffer worked at NagaWorld. This prompted swift pushback from the property’s chief human resource officer Hein Dames, who told the Khmer Times that such reports were “misleading.”

Dames said the company had “thoroughly” checked its employment records, as well as those of its business partners and contractors, ultimately concluding that “NagaWorld does not have any such employee.”

Dames added that “we do not have any employee infected with the virus” and that the “stringent health checks” the company imposed in January are “adequate to deter any person who has any symptoms of the virus from even entering the property.”

Technically speaking, no one is presently entering NagaWorld, at least, not its gaming floor, after the government ordered all casinos to shut down gaming operations as of April 1 in a bid to contain further spread of COVID-19.

The Ministry has yet to issue any response to NagaCorp’s denial of any such employee on its payroll, but the logical inference is that the infected casino staffer in question was working at an illegal gaming venue in the capital.

It’s not like illegal gambling venues are uncommon in Cambodia. The country banned online gambling at the start of 2020 but last week saw Phnom Penh police rumble an internet café that was found to be broadcasting live cockfights on which customers would wager via digital portals.

DONACO UPDATES MARKET ON CASH RESERVES
NagaCorp recently announced that it had little to fear from the COVID-19 shutdown, noting that the company’s Phnom Penh monopoly doesn’t expire until 2045, a timeline that NagaCorp suggested would outlast the pandemic.

Other operators, such as Donaco International, aren’t as fortunate. The closure of Donaco’s flagship Star Vegas casino in Poipet, as well as its smaller Aristo casino in Vietnam, forced the company to lay off staff and reduce pay for those who remain on the job.

Donaco said last week that it had a cash balance of US$11.6m and expects a monthly cash burn rate of $800k-$900k to ensure its two casinos are sufficiently maintained to allow a quick resumption of activity pending regulatory approval.