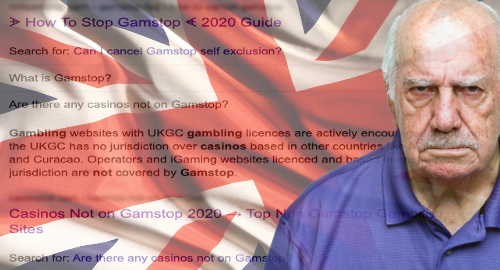 On Tuesday, the UK Gambling Commission (UKGC) issued a statement to its licensees reminding them that the government’s new ban on using credit cards for gambling purposes – including using credit cards to fund e-wallets that don’t prevent funding of gambling accounts – had officially come into force.

UKGC CEO Neil McArthur said the ban “ultimately reduces the risks of harm to consumers from gambling with money they do not have.” McArthur added that the ban was timely given reports of “an increase in the use of some online products, such as online slots and virtual sports,” as well as “an increase in UK consumer interest in gambling products” since the nation’s pandemic lockdown began.

SELF-ISOLATION AFFECTING SELF-EXCLUSION?
Meanwhile, the UK’s GamCare problem gambling charity is warning that the lockdown is causing more individuals to seek to cancel their enrollment in various online gambling self-exclusion schemes, such as the UK’s GAMSTOP.

GamCare didn’t quantify how many more individuals were actually seeking to end their self-excluded status, and GamCare CEO Anna Hemmings admitted to the BBC that it’s “too early to see if problem gambling is on the rise.”

Hemmings also acknowledged that calls to her group had actually decreased since the lockdown began in earnest, but claimed this could be due to problem gamblers’ enforced proximity to family members making it “much more difficult to have confidential conversations at the moment.”

SKETCHY AFFILIATES STILL GAMING GAMSTOP SEARCHES
As of March 31, all UK-licensed online gambling operators are required to fully integrate GAMSTOP into their websites, and the UKGC has already spanked two licensees for failing to meet that deadline.

One particular affiliate, whose domain name we won’t mention, goes as far to claim that there’s “a trend of a growing demand for the best non-GAMSTOP casino sites.” Most of the gambling sites promoted by this affiliate are no-name Curacao-licensed online casinos but also include more familiar brands such as US-facing sportsbook BetOnline.

The affiliate claims it’s offering a necessary service due to glitches in communication between GAMSTOP and UK-licensed operators that results in excluded gamblers being prevented from dealing with UK sites even after their stipulated time-out on GAMSTOP has expired.

Other affiliate sites offer similarly shady services to promote the same raft of online casinos while also having the cheek to affix GamCare, GambleAware and even UKGC logos to the bottom of their pages. Google clearly has more work to do in restricting access to its AdWords platform by companies trying to game this system.